Charlie Coyle scored late in regulation and again 5:15 into overtime as the Boston Bruins skated to a 3-2 victory over the visiting Columbus Blue Jackets on Thursday in Game 1 of their Eastern Conference second-round series.

Coyle deposited a nifty backhanded feed from Marcus Johansson inside the left post to forge a tie at 2 with 4:35 remaining in the third period.

The pair connected again in overtime, as Johansson wired a diagonal pass from the left circle that was shoveled home by Coyle.

Fourth-liner Noel Acciari scored a short-handed goal and Tuukka Rask finished with 20 saves for the Bruins, who host Game 2 on Saturday. 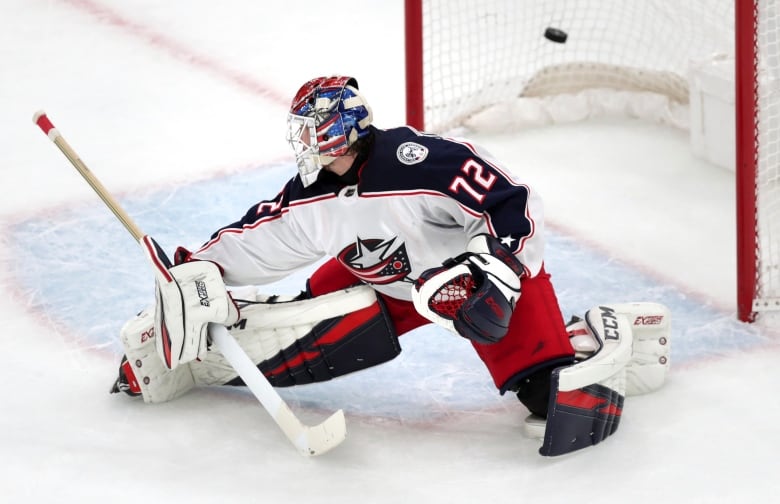 Brandon Dubinsky and Pierre-Luc Dubois scored 13 seconds apart in the third period and Sergei Bobrovsky turned aside 34 shots for the Blue Jackets, who had been idle since completing a sweep of Presidents’ Trophy-winning Tampa Bay on April 16.

Columbus pressed the advantage with Boston nursing a 1-0 lead, leading to the game-tying goal following a double deflection of defenceman Seth Jones’ shot from the point. Former Bruins forward Riley Nash and Dubinsky each got their stick on the puck before it sailed past Rask at 7:39 of the third period.

Artemi Panarin scored just 13 seconds later, as his shot caromed off Dubois and between the pads of Rask to give the Blue Jackets a 2-1 advantage.

Columbus established a franchise record for the fastest two goals in a playoff game, eclipsing the previous mark of 19 seconds set in Game 4 of their recent first-round game against the Lightning. 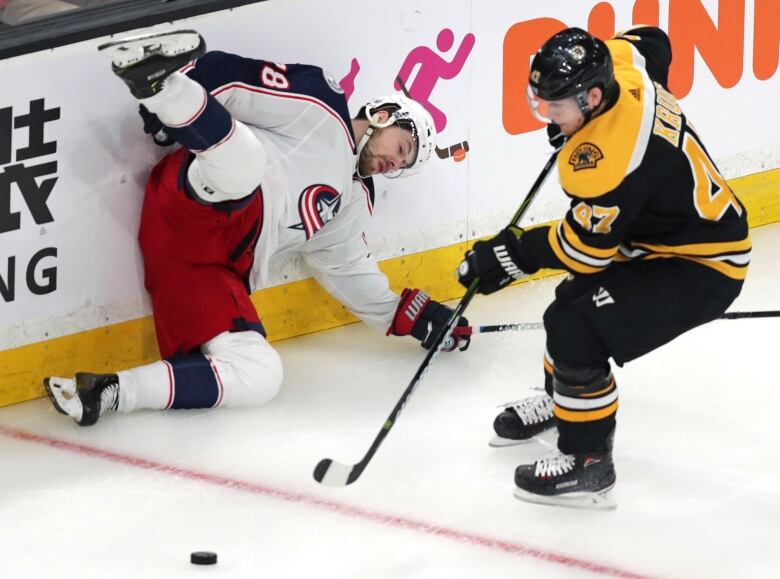 After going 5-for-10 on the power play in their first-round series versus Tampa Bay, the Blue Jackets saw their second opportunity with the man advantage go up in smoke midway into the first period. Acciari forced a turnover at the blue line before skating in and wiring a shot that sailed over the extended right pad and under the blocker of Bobrovsky to open the scoring at 10:34.