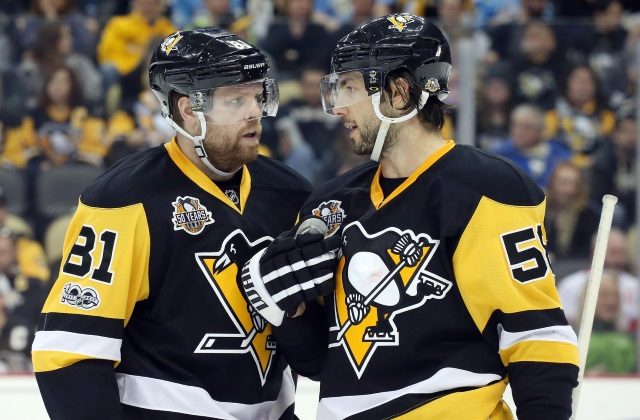 Oilers waiting to ask for permission to speak with McCrimmon

Darren Dreger: The Edmonton Oilers will give the Vegas Golden Knights and Kelly McCrimmon some time before they ask for permission to speak with McCrimmon about their vacant GM position.

No reason to worry about Skinner yet

John Wawrow: Have been told that there is still no reason to be worried about the status of Buffalo Sabres pending unrestricted free agent Jeff Skinner.

Martin did work with Sabres GM Jason Botterill in Pittsburgh and three times with Randy Sexton.

John Shannon: Both the Sabres and the Ottawa Senators have asked the Penguins for permission to speak with Martin.

Jason Mackey: Confirm that both the Sabres and Senators asked and received permission to speak with Martin.

Big changes coming for the Penguins

Jason Mackey of the Pittsburgh Post-Gazette: Sources are saying the Pittsburgh Penguins are considering many options and it’s possible that some big changes could happen this offseason.

This includes the possibility of trading the likes of Evgeni Malkin, Kris Letang and Phil Kessel according to the sources, but it also possible that they don’t trade any of them.

Sidney Crosby is not going anywhere, but it shows that they are considering anything.

The sources added that the Penguins are not planning on going through a rebuild.

notes that “It’s more about potentially selling assets at their highest point, trying to get something for them and repurposing that money into younger players who can help prop open the team’s current championship window.”

One source said that they won’t trade someone just to move someone. What they get back will determine if it makes sense to trade them or not.