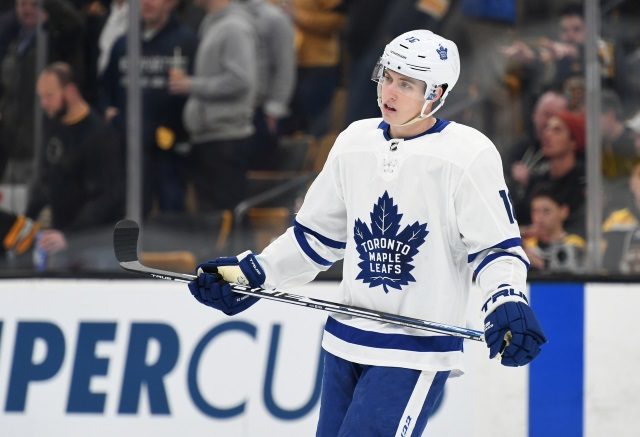 “If he really is sincere in trying to get Mitch Marner signed before July 1 he’s going to going to have to come out with a pretty good offer right away and everything we hear is either at par or close to the Auston Matthews contract,” Sportsnet’s Nick Kypreos said Saturday during the Headlines segment of Hockey Night in Canada. “If that doesn’t happen, then I think Mitch Marner owes it to himself to take this to July 1.”

Getting Marner re-signed as soon they can would help them figure out their salary cap situation faster.

The idea/threat of an offer sheet after July 1st has been mentioned.

“I think what the Toronto Maple Leafs are saying by mentioning that July 1 date is that they’re not going to let anyone else dictate to them about what Mitch Marner’s salary is going to be,” Sportsnet’s Elliotte Friedman said.

Friedman on if an extension is not in place by July 1st, there could be trade rumors and “anything’s in the air.”

“If I’m Darren Ferris , I’m in hiding! The conversation I would have would be short – it would be, ‘All right, you guys know what’s it is going to take. If you’re not going beyond $10.5, don’t bother calling. If you’re around 11, then give me a call. Otherwise, I’ll see you in mid-June.’”