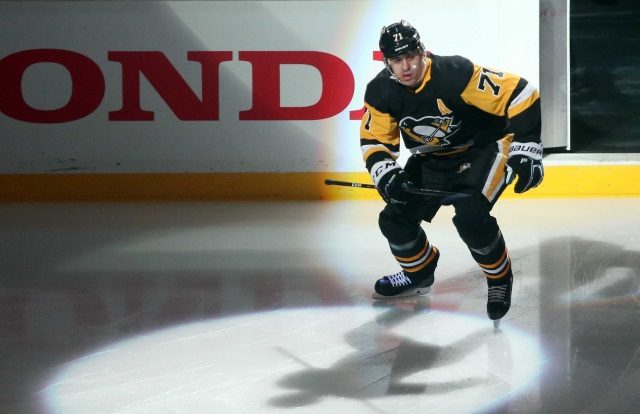 Reasons to trade Evgeni Malkin and reasons to not trade him

There are a couple of reasons that could lead the Penguins to not trading Malkin.

If the Penguins ask Malkin about waiving his no-movement clause, it may fracture the relationship for good. His ‘attitude’ may get worse if he refuses to waive it.

A slower approach for the Penguins this offseason

Jonathan Bombulie of the Pittsburgh Post-Gazette: Pittsburgh Penguins GM Jim Rutherford may take a little more time this offseason before making any decisions.

“I would say it’s the same as I always do, but with maybe a little different approach as to how we finished,” Rutherford said. “That’s one of the reasons why I’m taking my time. I always take my time, but I’ll probably take more time in this because I’ve got to make sure all the emotion is out of this. Not just my emotions, but the people I’m talking to. I would say it’s not any different, the process, recognizing that there’s more chance there’s going to be changes made.”

There isn’t going to be a full-on rebuild for the Penguins. It will likely be a roster retool and Rutherford knows that the topic may “ruffle some feathers.”

Rutherford won’t be tearing is roster apart and asking players to waive their no-trade so he can acquire draft picks and prospects.