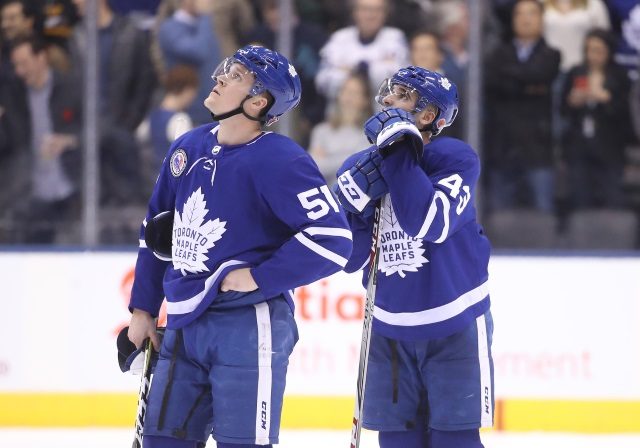 Dubas has authority too…

John Shannon: Multiple sources have confirmed that Kyle Dubas has the authority to fire coach Mike Babcock and he doesn’t need to get approval from the Board.

KHL … possibly one coming and one going

Who is staying to who could be on the move

James Mirtle of The Athletic: Changes are coming to the Toronto Maple Leafs but who is staying, who could be on the move and those in between.

– doesn’t think he’s going anywhere and that it doesn’t make sense to sell low on someone who is only 23-years old and has had two 60-point seasons.

– doesn’t believe Marner will get close to Matthews money as center usually get paid more than wingers. If he’s not signed by the draft though, “all bets are off” as you can’t rule out an offer sheet or trade.

– If Marleau drops to the fourth line, that is too much on the books and they may need to eat half his salary to move him. Marleau has a no-movement clause though. Shouldn’t move Kadri’s friendly contract unless they have a third line replacement in place.

Most likely to be traded – Connor Brown and Nikita Zaitsev.

So long and farewell – Igor Ozhiganov.