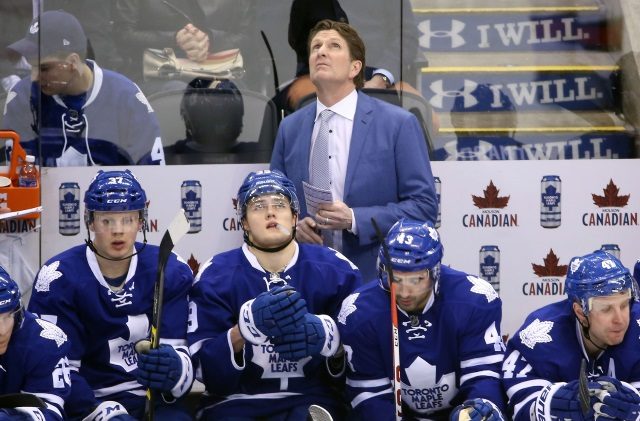 Pierre LeBrun: There were reports out of Russia that Colorado Avalanche forward Sven Andrighetto had signed a contract with an KHL but Andrighetto said that it’s not true.

He said there is interest from the KHL but he plans on waiting until after the season to make any decisions about next season.

The Ducks want to bring Miller back

Andy Strickland: The Anaheim Ducks are interested in re-signing Ryan Miller for another season, likely on a bonus incentive contract. It is up to Miller on if he wants to play or not.

Six ways the Maple Leafs could make a big splash

Fire Mike Babcock – He didn’t really get an endorsement from Dubas at his year-end press conference, but he has four years on his big contract.

Trading William Nylander – Dubas said when he signed Nylander that there wasn’t any plan to trade him while he was GM. The Leafs could get a good return for him if they do trade him as he is better than what his 2018-19 season suggests.

Disposing of Patrick Marleau‘s contract – Would Dubas be able to the contract?

UFAs Tyler Ennis and Ron Hainsey are likely gone and Dubas is entertaining the idea of moving Nikita Zaitsev.

Playing hardball with Mitch Marner – Marner’s play this past season could have him looking for Auston Matthews‘ money. Does Dubas call a bluff on the offer sheet threat? Dubas has said he regrets on how long Nylander’s contract situation last offseason took.