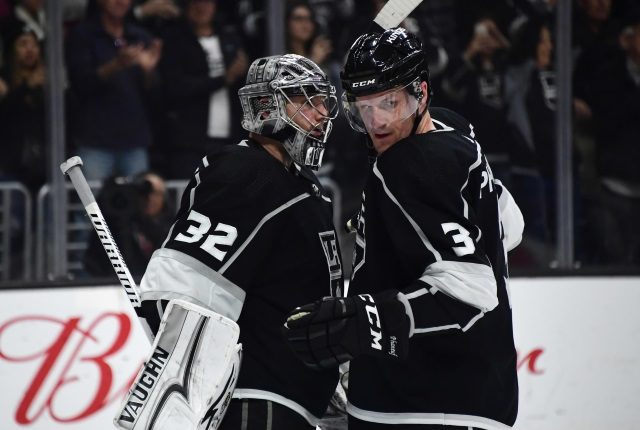 John Shannon: Todd Richards won’t be interviewing with the Buffalo Sabres for their head coaching position.

Brunette being connected to the Panthers

Andy Strickland: Have been hearing Andrew Brunette‘s name being connected to the Florida Panthers. He’s had a strong relationship for several years with coach Joel Quenneville.

Bruce Garrioch of the Ottawa Sun: Don’t expect the Ottawa Senators to hire a president of hockey operations any time soon.

Owner Eugene Melnyk said he’s not trying to replace Pierre Dorion but someone to help him rebuild the franchise.

Melnyk is waiting for the season to end as there may be some candidates still involved. There has been a lot of interest in the position.

The Senators also need to find a head coach and have spoken with Marc Crawford, Troy Mann, Jacques Martin, Nate Leaman and D.J. Smith. Dorion will still be talking to one or two more candidates.

Kings mailbag on Quick, Phaneuf, and their second-line center

Lisa Dillman of The Athletic: (mailbag) Los Angeles Kings goaltender Jonathan Quick had another season of injuries and his trade value has taken a hit. Aside from the injuries, he didn’t have a good season either. The Kings may be better off seeing if he can bounce back and improve his stock next year.

The Kings could consider buying defenseman Dion Phaneuf out when the buyout period opens in June.

It seems likely that the Kings wouldn’t be able to afford pending free agent centers Kevin Hayes and Matt Duchene.

Adrian Kempe could start the season as the Kings second line center. It’s looking like Jeff Carter will be on the wing and will be in their bottom-six.