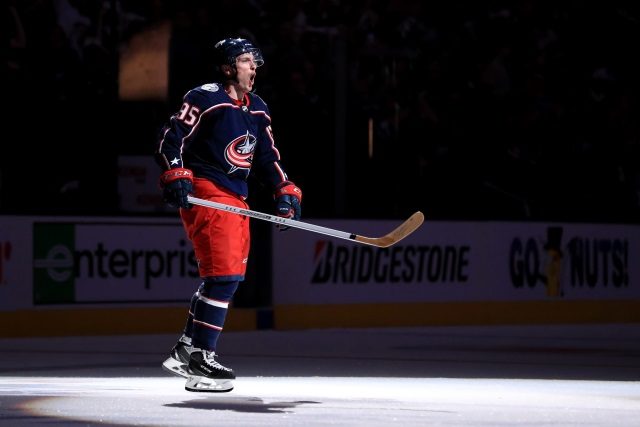 Big decisions for the Blue Jackets and their pending free agents

“I’ve really enjoyed my time here and we will definitely be talking with and the Blue Jackets and seeing what’s in store,” he said.

“Obviously, it would be a great thing if it could continue, so we’ll see what happens.”

Duchene adds that he will explore all options and that it’s likely the biggest decision he’ll ever make.

Columbus Blue Jackets goaltender Sergei Bobrovsky won’t talk about his contract situation but he did say that the relationship between him and the franchise isn’t fractured.

“No, I don’t feel that way,” he said. “There were some ups and downs as always in that process, but we say thank you to each other and it’s good.”

Jeff Svoboda of Sportsnet: Blue Jackets GM Jarmo Kekalainen and his staff will have many important decisions to make this offseason.

They are preparing for the draft but only have their third and seventh round picks.

Despite their big named free agents, 10 of their top 13 scorers are under contract for next season and two others are RFAs, they still believe they have a good group in place.

“I’ve said it all along, that I believe whatever happens with our pending UFAs, we are going to have a really good team after (free agency starts) July 1,” Kekalainen said. “We have a very strong core in place that are all going to be here for a long time.”

“We’d love to have them back. That’s what I’ve said since last summer and that’s what I’ll say again. It takes two parties to agree to a contract and future together. Time will tell.”

Kekalainen has said they’ve already spoken with Duchene several times about their vision and plans. They knew the risk if he just ends up being a rental.

The Blue Jackets could have upwards of $30 million in salary cap space this season.