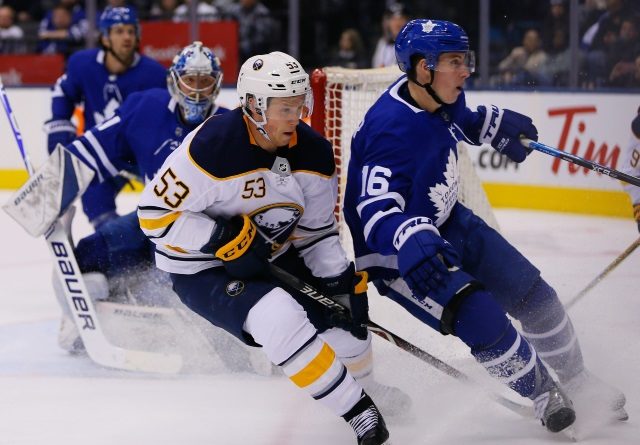 Pierre LeBrun: Of the four remaining teams in the Stanley Cup playoffs, Brent Burns is the highest paid at $8 million. That is less than what some restricted free agents will sign for this offseason.

Skinner wanted to know who the Sabres next coach would be

Paul Hamilton: Buffalo Sabres GM Jason Botterill said on WGR 550 that pending free agent forward Jeff Skinner said that he wanted to know who their coach for next season would be.

Lance Lysowski: The agent for Sabres forward Johan Larsson said there is no truth that the restricted free agent is leaving for Brynas.

“Johan is looking forward to continuing his NHL career next season.”

Luke Fox of Sportsnet: goes into the pros and cons of each potential buyout.