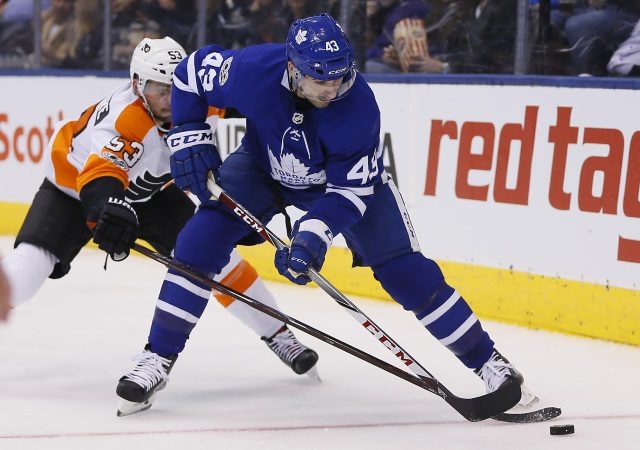 Stars to focus on Zuccarello for now

Mike Heika: (answering a question) Believe that the Dallas Stars are focusing on pending UFA forward Mats Zuccarello and not a free agents like Ryan Dzingel or trading for someone like Andre Burakovsky.

If the Stars aren’t able to bring Zucarello back, they could look elsewhere. If they are able to re-sign him, they may not be in the free agent market.

They are looking to leave some positions open for younger players to earn a shot.

The Flyers could use a No. 2 center

Sam Carchidi of the Philadelphia Inquirer: 2017 first-round pick and No. 2 overall Nolan Patrick may not have performed at the level the Philadelphia Flyers had been hoping for so far, but he’s not a bust and there is no reason to panic yet.

It may be in the best interest in the Flyers to find a No. 2 center and let Patrick continue to develop on the third line.

The Flyers could look at restricted free agents Brayden Point, Sebastian Aho, Mitch Marner and William Karlsson – all play or could play down the middle. Each team would likely match any offer sheet.

Trade candidates could include Nazem Kadri and William Nylander. The Maple Leafs may be interested in draft picks and defensemen, something the Flyers have.

Could the Leafs look at Colin Miller?

@Prospects_Watch: Bob McKenzie said on TSN 1050 that Vegas Golden Knights defenseman Colin Miller has fallen out of favor in Vegas. He makes just over $3 million and has multiple years left on his deal.

Would the Toronto Maple Leafs be interested? He is from and played for the Sault Ste Marie Greyhounds so Dubas would be very familiar with him.

@Prospects_Watch: McKenzie said that Miller’s inconsistency and poor decision making made him a healthy scratch in the playoffs. McKenzie adds that it sounds similar to Leafs Jake Gardiner (minus the healthy scratch).

Nazem Kadri was once a player to who didn’t play the 200-foot game and was prone to too many mistakes. Why give up Nylander now for the same reasons?