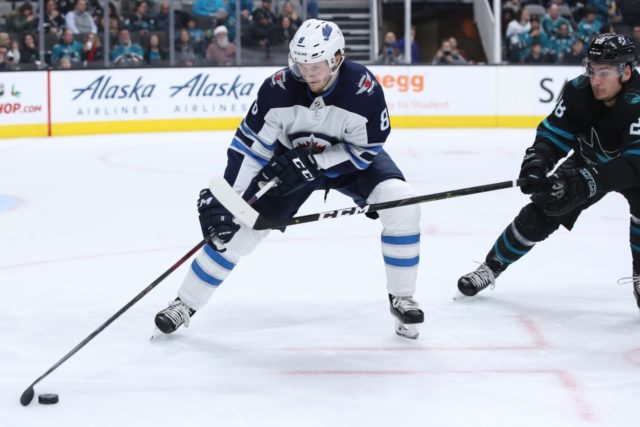 Lavoie on the Canucks

Sportsnet 650: Renaud Lavoie on the Vancouver Canucks: “If the price is right, yes something will happen. But I don’t see the #Canucks making a splash for the sake of it. They could be 1 defenseman away from doing some damage. Those defensemen will probably be available.”

Sportsnet 650: Renaud Lavoie on Erik Karlsson: “I really believe coming back East will drive Erik Karlsson more than anything. The money will be there, probably a 7 year deal.”

Dave Luecking of The Mercury News: San Jose Sharks forward Joe Thornton when asked if he’s thought about his future.

Thornton would be 40-years old next year and it would be his 22 season if he plays. He hasn’t won a Cup.

“He’s the face of the organization,” said Sharks coach Peter DeBoer, who expressed the disappointment of the coaching staff in “not helping him, and all the players, get there (to the Stanley Cup). He gave everything he’s got and should be there. It’s hard not to feel responsibility in not helping him get where he belongs.”

The Jets and RFA Trouba

Ken Wiebe of the Winnipeg Sun: There are some that believe if Winnipeg Jets defenseman Jacob Trouba won’t agree to a long-term contract this offseason they should trade him.

Trouba is eligible to become a UFA after next season.

He’s a restricted free agent and his coming off a career-high 50 points.

The Jets would like to sign him to a long-term deal, but is he willing to commit to them?

If the Jets reach a point where they don’t think he’ll re-sign, it may be hard for them to get equal value back since the acquiring team then has sign him.

The Jets could allow a team to try and work out an extension before the trade is made. The acquiring team could also use him as a ‘rental’ and try to re-sign at a later date.

If the Jets move him, they may look to recoup a first-round pick. They are also trying to win now so getting a top-pairing defenseman would also be of interest – something teams don’t like giving up.

Going to salary arbitration would be the least appealing outcome for both Trouba and the Jets.