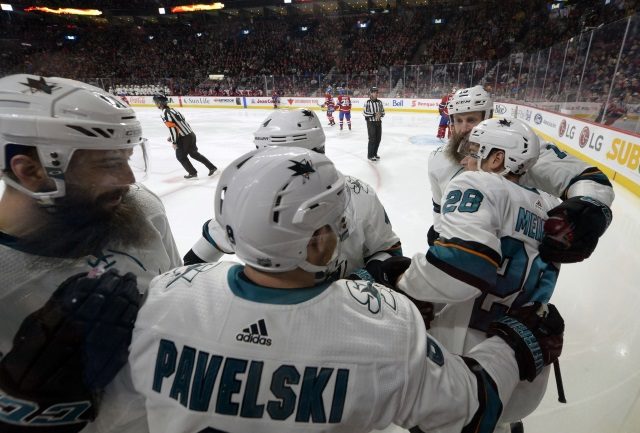 The Edmonton Oilers could name a head coach real soon

Ryan Rishaug: The Edmonton Oilers could name their next head coach as early as Friday. Dave Tippett is still the front runner for the position. Todd Nelson is not in the mix for the position.

Pierre LeBrun: Oilers GM Ken Holland had an initial list with around 15 potential coaching candidates. Some of them have had interviews and the list has been shortened. Tippett is still near the top of the list.

A hire could come by Friday, or they could wait until after June 3rd as management will be busy with the draft combine next week.

What free agent forward could the Avs be interested in?

Greg Wyshynski of ESPN: Looking at the keys to the San Jose Sharks offseason.

The future of the Joes – Both Joe Pavelski and Joe Thornton are pending unrestricted free agents.

It’s assumed the Pavelski will be re-signed, but how much will it cost them and for how long?

If Thornton wants to play next season, he’ll be back with the Sharks.

The future of Erik Karlsson – Injuries cut his season to 53 regular season games but he put up 45 points. His groin injury cut back his playoffs as well. Talk is that he likes it in San Jose, but there is also some speculation that he could head back to the East – the New York Rangers?