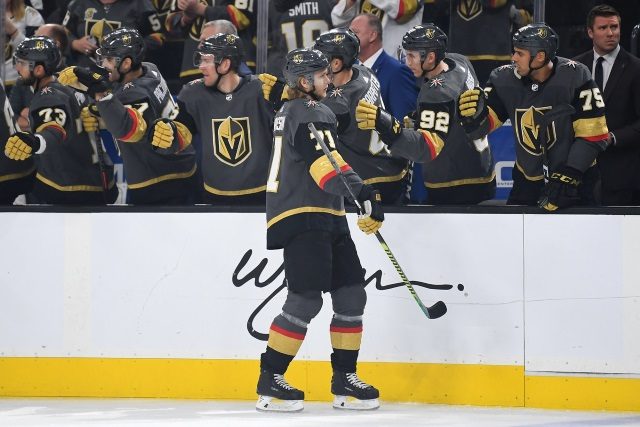 What can the Kings do with Voynov’s rights?

Helene Elliott of the LA Times: The Los Angeles Kings still hold the rights to defenseman Slava Voynov, but have said that he will never play for them again.

An arbitrator ruled last week that Voynov is eligible to return to the NHL midway through next season – after his 41 game suspension, as 41 games for time served last season.

From the Kings statement:

“From our perspective, the player will not be playing for the Kings. We will now determine the impact of the arbitrator’s decision on our rights to the player and consider our options going forward.”

The Kings had previously terminated his contract but retained his rights while Voynov was on the voluntary retired list. It may be unclear what the Kings are able to do with his rights.

Voynov had pleaded no contest to a misdemeanor charge of corporal injury to his now wife. He spent almost two months in a US jail before voluntarily leaving for Russian before potential deportation hearings.

There is no doubting his ability, but will anyone be interested in bringing him and his past into their organization?

The Golden Knights have some salary cap issues to deal with

Justin Emerson of the Las Vegas Sun: With 19 players under contract for next season, the Vegas Golden Knights are already over the projected $83 million salary cap season – by $125,000. That number includes David Clarkson and his $5.25 million cap hit can go on the LTIR.

RFAs William Karlsson and Nikita Gusev will need new contracts. They could look at Brock Nelson‘s six-year, $6 million per deal for Karlsson. Karlsson and Gusev could get a combined $10 million.

UFA Brandon Pirri is unlikely to be back. The could bring Ryan Carpenter back or replace him with Curtis McKenzie. Both Deryk Engelland and Pierre-Edouard Bellemare would like to be back, but at what cost?

The Golden Knights may need to shed around $9 million this offseason – excluding Clarkson to LTIR and any UFA numbers.

They could not bring any UFAs back. Trading the rights to Karlsson and Gusev would put them close.

A Nick Holden buyout would save them $1.2 million.

The Golden Knights will likely want to bring Engelland and/or Bellemare back somehow.