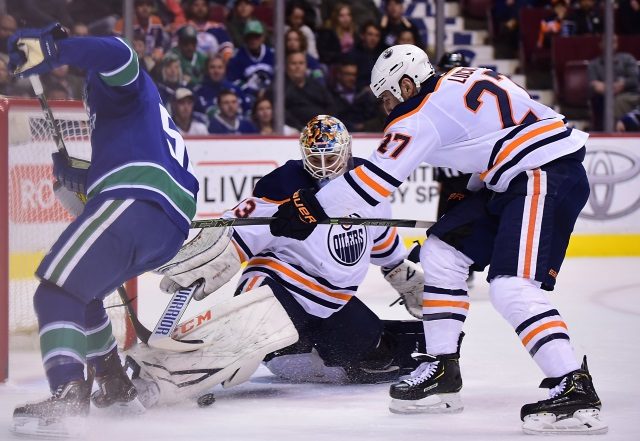 Dustin Nielson of Oilers Nation: Edmonton Oilers forward Jesse Puljujarvi could be looking for a change of scenery according to Bob McKenzie.

Five potential destinations for Puljujarvi include:

Carolina Hurricanes – Puljujarvi played with Sebastian Aho at the World Juniors and with Karpat growing up. Have a few other Finns in the organization.

Montreal Canadiens – Have a few Finns as well and could look to add another young forward.

Chicago Blackhawks – Dylan Strome was rejuvenated in Chicago, could the same turnaround happen for Puljujarvi?

New York Rangers – Adding a Puljujarvi at a reasonable price could add to their young group.

David Staple of the Edmonton Journal: Elliotte Friedman was on Vancouver radio and was talking about a potential Milan Lucic for Loui Eriksson trade, and if Jesse Puljujarvi could be included in it.

There has been some speculation that Eriksson wouldn’t agree to the trade, though Friedman said he may have not even been asked about it.

Lucic has one more year than Eriksson, and Lucic’s deal is basically buyout proof. Should the Canucks get something more to take on Lucic’s contract?

“And I really wonder if at the end of the day one of the things that comes up to maybe see if this goes down the road is Puljujarvi. I don’t think he wants to go to Finland. That’s been out there and that report has been debunked, but I am still not 100 per cent sure he wants to stay in Edmonton. I believe the Oilers will be meeting with him or his representatives sometime in the near future to discuss this. But I do wonder if somewhere along the lines that he’s potentially involved in this conversation to see if it can move along.”

Staple notes that Friedman is just ‘musing’ about the idea and not reporting it as a rumor.

A Lucic and Puljujarvi for Eriksson would be a huge overpayment from the Oilers perspective. believes that Lucic has more valve than Eriksson.

TSN: Edmonton Oilers GM Ken Holland doesn’t offer up much as to what position they are looking at with regards to their first-round pick.

“I can give you the philosophical reason why we should take another defenceman … adding to what we have, the makings of a good, young defence,” Holland said in an interview at the NHL’s recent scouting combine. “But I could also philosophically tell you that we’ve got some good, young defencemen and maybe it’s an opportunity to grab a guy we think can be a top-6 forward.

“There’s some good defencemen there, but there’s some really good forwards.”

Outside of the draft, the Oilers will look at adding some depth up front and they need another goaltender.

“Short-term we’re going to try the best we can to make the bottom-6 (forward group) a little bit different and try to get another goalie,” he said. “We’re going to try to be competitive for a playoff spot in 2019-20.