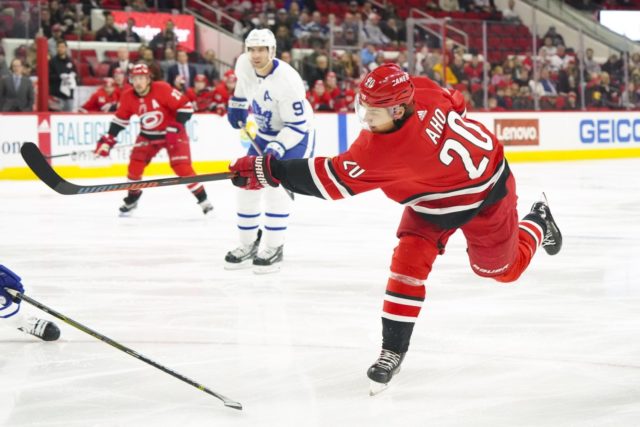 Matt Larkin: “If you offer sheet someone for five-plus years, AAV inflator divides your salary number by five no matter what.

So — cap space issues aside — every team technically has the ability to do one on July 1.”

At least three teams are meeting with Marner

@Account4Hockey: Darren Dreger said on TSN 1050 radio that there are three teams that will meet with Mitch Marner for sure, possibly four.

Dreger added that both an agent and an NHL executive told him that an offer sheet would be “in the teens,” $13-14 million for five years.

@Accout4Hockey: Clarify, the comment from the agent and executive were for any of the top restricted free agents and not specifically about Marner.

@Account4hockey: Elliotte Friedman said that there are other teams that are saying that if a team does offer sheet Marner and Toronto doesn’t match, they are terrified what the Maple Leafs may do with the extra salary cap space, draft picks, and a vengeance.

@BeerLeaugeHeroe: John Shannon on @OilersNow yesterday said that the Hurricanes are only willing to go to $6 million on an eight-year deal.

@Prospects_Watch: Dreger on TSN 1050 said that if he were going to try and sign a restricted free agent to an offer sheet it would be Carolina Hurricanes Sebastian Aho.

Hurricanes owner Tom Dundon is “all about business” and if you signed Aho at $10.8 million, it might make him think of not matching.