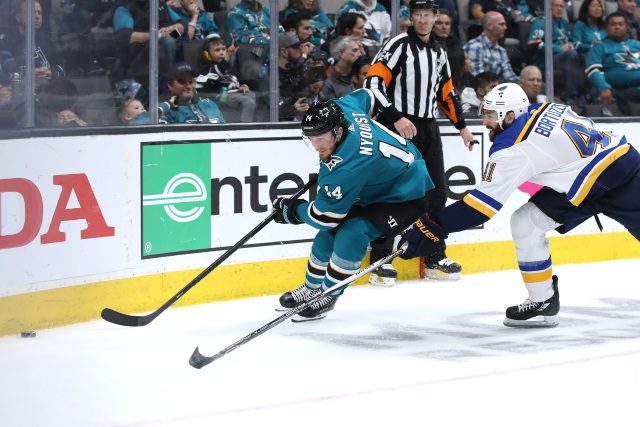 Canucks knew weeks ago Luongo could be retiring

“I know that (Luongo’s) camp reached out to warn the #canucks weeks ago that this was a possibility, so Vancouver could plan around it. But I think part of it is that Robert Luongo is such an honest guy that I think he felt that if he’s not playing, he’s retiring.”

Edmonton Oilers among the teams interested in Brett Connolly. A new deal should be above $3 million per season.

Believe that the Edmonton Oilers, Colorado Avalanche and Buffalo Sabres among the teams interested in Joonas Donskoi.

The St. Louis Blues don’t have any intentions of trading goaltender Jake Allen. They appear to be okay with paying Allen and Jordan Binnington around $9 to $10 million.

Source saying the Florida Panthers checked in on Anton Stralman.

A Brian Boyle return to the Nashville Predators may depend on if they sign Matt Duchene. A few teams have reached out to Boyle this week.

Pierre LeBrun: Joe Pavelski has met with the Dallas Stars and Tampa Bay Lightning yesterday. Michael Russo has said the Minnesota Wild could have interest. A return to the San Jose Sharks is also still possible.

Don’t think that Kyle Connor‘s reps are looking at an offer sheet at this time. That could always change down the road.

Teams that could consider trying to get someone signed to an offer sheet (at varying degrees of interest) include the Columbus Blue Jackets, New Jersey Devils, New York Islanders, Detroit Red Wings, New York Rangers and Montreal Canadiens.