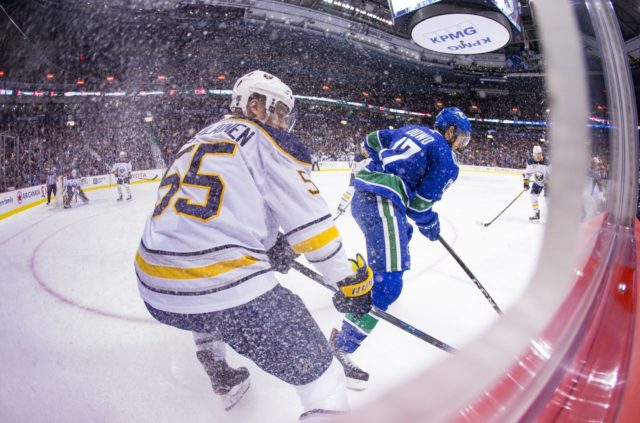 The Buffalo Sabres to add a former Flame

Chris Johnston: It’s sounding like the Buffalo Sabres will be signing Curtis Lazar to a one-way contract. The Calgary Flames didn’t qualify him.

Ian Tulloch of The Athletic: The Toronto Maple Leafs have little room to dip into free agency. They will be looking for some cheap, value players that could be this season’s Tyler Ennis.

Ten players who may fit that bill.

The Vancouver Canucks are in a bit of cap crunch

The Canucks will buy out Ryan Spooner, giving them $18.5 million in cap space to work with.

Fitting Tyler Myers and $7 million isn’t as easy as it once might have been, and they’ll need to add another defenseman as well.

The Canucks didn’t qualify Ben Hutton as they were afraid he may be awarded $4 million in arbitration.

The Canucks had offered the Nashville Predators a 2nd round pick for P.K. Subban, with the Predators asking for Adam Gaudette in a deal.