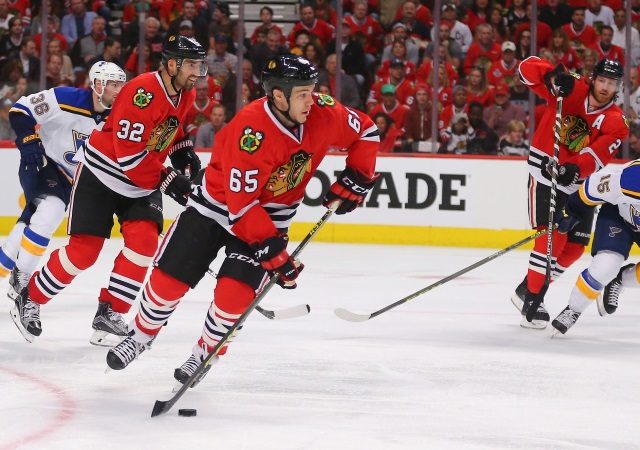 Eric Engels: “Andrew Shaw has three more years at $3.9 M aav. I’m told Habs did not retain any salary in the deal for three draft picks. A sign they’ll be players in free agency.”

Satchel Price: “A lot of people seem to think Shaw at $3.9M for 3 years is wildly overpaid but I’m pretty sure the UFA market will disprove that quickly tomorrow. He’s coming off 47 points in 63 games and does a lot of other good stuff on the ice, too.”

Jay Zawaski: “The more I think about this Shaw move the more it makes sense. He can score (career high in pts last year), play center or wing, right handed shot. It actually makes a lot of sense. He’s also a proven playoff performer who plays physically. He’s everything the #Blackhawks needed.”

Blain Potvin: “This trade add 3.9 M$ in additional cap space. It may be to open up toom for a signing or other trade or it’s simply moving out a redundant middle 6 winger. Hard to say but his leadership and experience meant something to that room.”

Jay Zawaki: “Shaw looks to be the Hawks answer to addressing the top 6 issue. A source tells me other options were too expensive. Doesn’t mean they’re totally done, but safe to assume no big name like Lee, Pavelski, etc unless something changes in short order.”

Jay Zawaski: “Stan has said all along that re-signing Strome and Debrincat is a priority. This move allows them do do that an solves a hole in the roster.”

Andrew Shaw (traded to Chicago with picks in both directions) is a second-liner. pic.twitter.com/t2CeDKgYo7

The Montreal #Canadiens now have 11 picks in the 2020 NHL Entry Draft, which coincidentally happens to be in Montreal.

Eagles sign goaltender Parik
7 Cool Things About Carey Price
NHL Rumors: J.T. Miller, Sammy Walker, James Reimer and Adin Hill
What Does a Successful Flyers Season Look Like in 2022-23?
NHL Rumors: Who Will the Vegas Golden Knights Turn to in Net This Season?