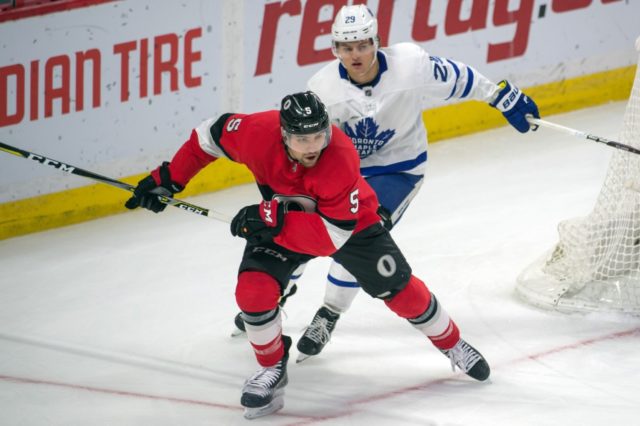 Ken Warren: “The Zaitsev-Ceci deal is a good hockey trade for the Senators….it was becomingly increasingly difficult to see how the Senators could bring back Ceci.”

Gus Katsaros: “Connor Brown is going to play up in the Sens lineup next season. He’s going to produce …”

Joshua Clipperton: “Will be interesting to see how Connor Brown fares with Ottawa in what will likely be an expanded offensive role. The Toronto native scored 20 goals in 2016-17.”

Shawn Simpson: “Ceci needed a fresh start. Going to the rival Leafs will either be a great redemption tour, or the negative wrath of two markets should he fail. There won’t be any middle ground, or place to hide.”

James Gordon: “Anyone who follows the Senators with any regularity had to know it would be *Ottawa* giving up the sweetener in the deal because it’s Ottawa.”

Gus Katsaros: “I’d be OK with Ceci playing depth minutes – third pairing (but not with a crazy contract). Shelter, play with offensive players to up those baseline stats, and dump him later. Unsure that’s a likely scenario.”

Sean Tierney: If you’re on TOR’s side, you see:

– Zaitsev for Ceci (easier to move, in theory)
– Brown for Harpur (cheaper depth player at position of need)
– Carcone for Luchuk (wash)
– somehow getting a draft pick

If you’re on OTT’s side, what do you see here to like?

Sean Tierney: “Somehow Dubas got Dorion to throw in a draft pick here and really that’s all you need to know.”

Bill Comeau: “#Leafs With the Zaitsev/Brown trade to Ottawa, Kyle Dubas has what he wants on July 1st: a $15M war chest as Marner offer sheet insurance. No one can squeeze him now, he has all options open. Ceci isn’t signed yet and Harpur is a low cost depth LD.”