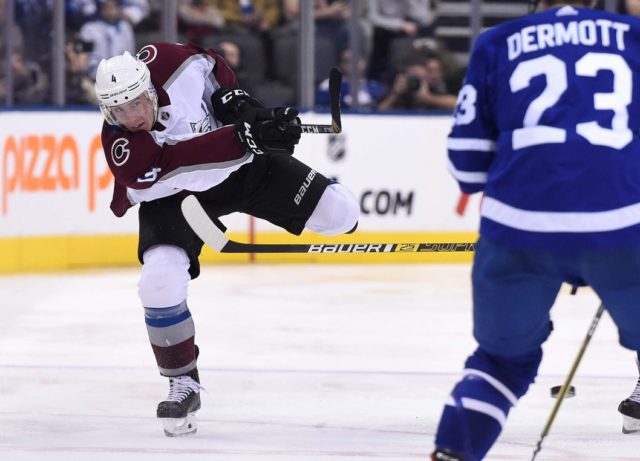 The Toronto Maple Leafs have traded Nazem Kadri, Calle Rosen and Toronto’s 3rd round selection in 2020 to the Colorado Avalanche for Tyson Barrie, Alex Kerfoot and a 2020 6th round pick.

The Avalanche are retaining 50 percent of Barrie’s $5.5 million

The 28-year old Kadri was drafted 7th overall in the 1st round of the 2009 draft by the Toronto Maple Leafs. He carries a $4.5 million cap hit for three more season.

The 27-year old Barrie was drafted 64th overall in the 3rd round of the 2009 draft by the Colorado Avalanche. He carries a $5.5 million cap hit and will be a UFA at the end of the season.