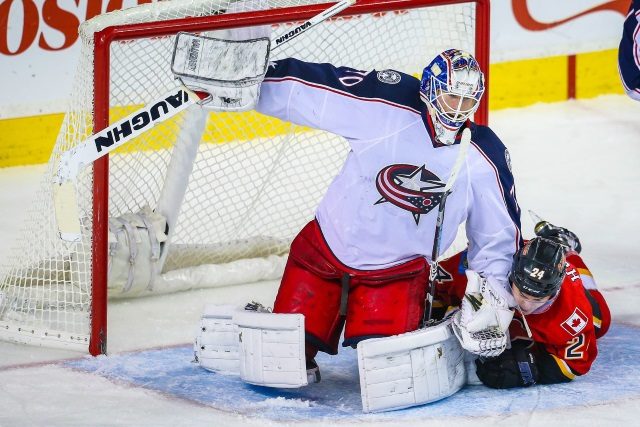 Conroy on contract negotiations with Tkachuk.

“Matthew has always said he wants to be back. It’s not like anything is negative here. Both sides would like to get this done as quick as possible.”

Brian Hedger of The Dispatch: Columbus Blue Jackets GM Jarmo if comfortable with this forwards and defense, but the loss of Sergei Bobrovsky in net leaves the position a bit in question.

“I’m sure that can qualify as a question mark, but at the same time, (the St. Louis Blues) won the Stanley Cup with a goaltender who was a No. 2 in the (American Hockey League) at this time a year ago,” Kekalainen said, referring to the Blues’ Jordan Binnington. “So, we feel we have two young goaltenders who have great potential.”

The leading candidates are Joonas Korpisalo and Elvis Merzlikins. Kekalainen added that he isn’t really looking for goalies, but if they need to add someone else, they will. They will give them a shot next season.

The Blue Jackets could still add to their roster as they have the cap space to do so.

“I think we’re in a great position, as far as flexibility in our (salary cap) situation, with our depth chart,” he said. “We have a very strong defense, with all kinds of depth. … Free agency is one (way), but there are many other options to improve your team, and I think we’ve shown in the past that we’re not afraid to make a move if we think a trade makes our team better.”

There has been no indication that the Blue Jackets have inquired about Vegas Golden Knights forward Nikita Gusev, who might be made available due to their salary cap situation.