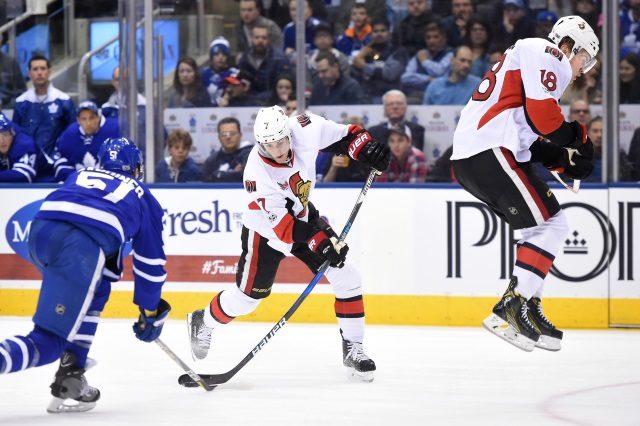 Jonathan Davis: Have been told that Jake Gardiner hasn’t received an offer that has been for more than two years. He is holding out in hopes of getting a longer offer.

James (@account4hockey): Eric Engels says that the Montreal Canadiens are interested in Gardiner but he’s not getting the term he thought he’d be getting.

Garder would still like to return to the Toronto Maple Leafs, but even with the taking signing bonuses, he’d have to take a haircut to return.

Blues and Binnington talks moving along

David Pagnotta: The St. Louis Blues and restricted free agent goaltender Jordan Binnington continue contract talks. They don’t have anything done, but they are progressing in the right direction.

Blackhawks could look at a local boy, but they would need to move out other salary

They haven’t done much to their forward group – which there are about 18 candidates for the 13-14 roster spots. Brendan Perlini is their last restricted free agent and could come in at around $2 million.

One unrestricted free agent forward that might tempt the Blackhawks is local boy Ryan Dzingel who put up 56 points last season. Given his projected salary, the Blackhawks would need to create some salary cap room through a trade. Something that they might explore anyways.

Forward Artem Anisimov has two years left at a $4.55 million cap is the logical choice to be moved. On the blue line, Connor Murphy and his $3.8 million cap hit would be a candidate. Murphy is one of their only two right-handed defensemen though.