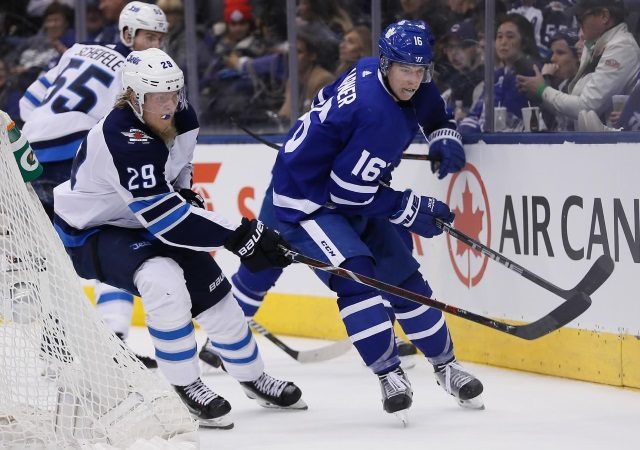 David Pagnotta: The New York Islanders and Montreal Canadiens are among the multiple teams that are considering sending Mitch Marner an offer sheet.

The Islanders are serious about it. The Canadiens may be more focused on Winnipeg Jets forward Patrick Laine.

Now it’s a question of if they will actually present them with an offer sheet.

David Pagnotta: The Maple Leafs continue to have talks with Marner’s camp about an extension. There is no guarantee that Marner signs an offer despite all the talk.

Shawn Simpson: “No matter the money, what a shame it would be if the Marner camp forces his exit out of TO.”

Michael Augello: “I didn’t think that the vitriol for Mitch Marner could get to Nylander proportions, but if his camp continues to float offer sheet scenarios to get the #Leafs to pony up close to Matthews/Tavares money, it will get there.”

Frank Seravalli: The Toronto Maple Leafs were one of the teams that tried to sign winger Corey Perry before he signed with the Dallas Stars. The Leafs had limited salary cap room.

Shero on Hall and Hischier

Abbey Mastracco: New Jersey Devils GM Ray Shero said that he’s been in contact with Taylor Hall‘s agent and added that they are “still on the same page” in wanting to take some more time before making a decision.

Neal McHale: Shero said that he’d like to get a head start with Nico Hischier. Hischier will be a restricted free agent after next season.

Would a Predators and Sabres deal work?

Lance Lysowski: Wonder if there is a trade fit between the Buffalo Sabres and Nashville Predators. The Predators could use some cap space and have some depth down the middle.

Not suggesting Kyle Turris, but if GM Jason Botterill believes that Casey Mittelstadt could better handle the second line role this year, Nick Bonino might be a nice fit.