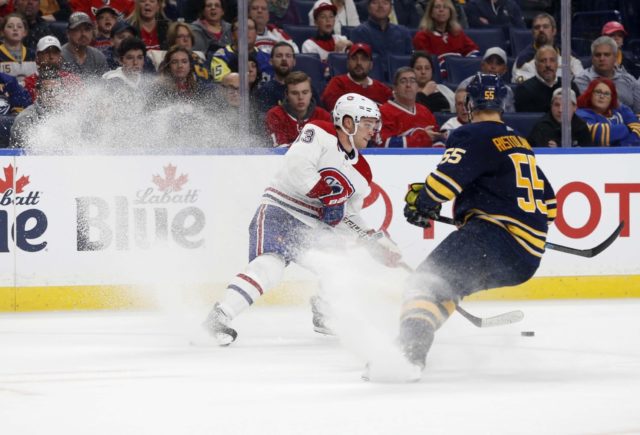 Maroon only getting one-year offers, but he’s willing to be patient.

Jeremy Rutherford: St. Louis Blues have limited interest in free agent Patrick Maroon according to sources. Maroon has had contract offers from teams but it’s believed that all are one-year and he is looking for a multi-year deal and the right fit. He’s willing to be patient.

Sabres could target a second-line center

Nylander hasn’t been able to materialize into the top-six winger by now that the Sabres had hoped. The signing of Marcus Johansson to add to the Sabres surplus of left-wingers likely made Nylander expendable.

The Sabres now have a collection of right-handed defensemen.

GM Jason Botterill likely isn’t finished making moves and could be looking for more scoring help. They have around $6.6 million in salary cap space.

The Sabres could be targeting a second-line center and using their blue line depth to acquire it.

Marc Dumont of The Athletic: Now that the attempted Sebastian Aho offer sheet is behind them, the Montreal Canadiens will try to find ways to improve their roster for next season.

The Canadiens have just under $7.5 million in salary cap space, and that is with a 25 man roster. RFAs needing new deals include Charles Hudon, Artturi Lehkonen and Joel Armia.

They could hold pat let their young players develop or do they try to upgrade for this season? If they want to add, here are some available options that they might be interested in.

Jake Gardiner – Could they sign Gardiner to a three-year deal in the $6 to $6.5 million per range?

Ryan Dzingel – He may not bring enough to the power play to warrant the addition/cost.

Micheal Ferland – Could be a replacement for Andrew Shaw after they traded him to Chicago.

One trade option could be Vegas Golden Knights RFA Nikita Gusev, who had 82 points in 62 KHL games last season. He’s looking for $4 million a season and may only cost a second-round pick to acquire.