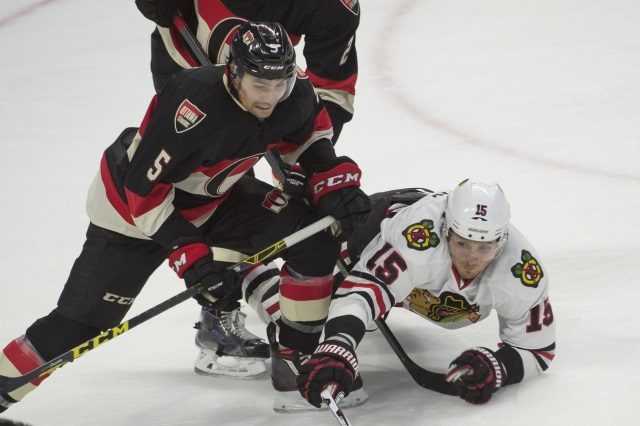 The Chicago Blackhawks have traded center Artem Anisimov to the Ottawa Senators for center Zack Smith.

The 31-year old Anisimov was drafted 54th overall in the 2nd round of the 2006 draft by the New York Rangers.

The 31-year old Smith was drafted 79th overall in the 3rd round of the 2008 draft by the Ottawa Senators.

Cap Friendly: “#Sens have increased their cap hit, while reducing their salary expenses:

Ben Pope: Here’s the rationale behind the Anisimov-Smith trade, from what I figure:

Jay Zawaski: “Hawks save $1.3 million in cap space with this deal. I’ve been told moving Anisimov had been difficult, so to see them get cap savings and not give up an asset to do so is a win, I suppose.”

Mark Lazerus: “Artem Anisimov also was signed through 2020-21, at a cap hit of $4.55 million. Frees up some cap space (perhaps to re-sign Brendan Perlini) and, presumably, settles the minor logjam at center.

Shawn Simpson: “Smith is a classy guy, who the speed of the league has passed him by.

Anisimov is a big body, and better fit on the 4th line. I think Dorion was with the Rangers when he was drafted. Really good guy and leader.