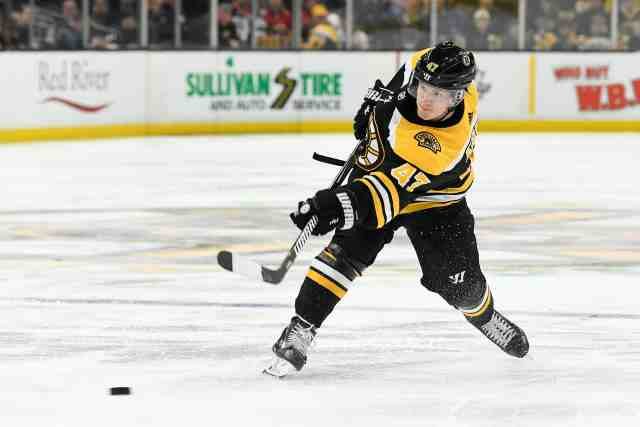 Is Torey Krug getting traded? Oh hell no!

Jimmy Murphy of Boston Hockey Now:  An NHL executive was asked whether there was any trade chatter with Torey Krug. The simple answer was NO! Here is a bit more from Don Sweeney, Boston Bruins general manager.

“We’ll have an opportunity starting July 1 to open up talks,” Sweeney said. “Again, the RFA market and some of our internal things will dictate the timing of those conversations. If somebody blew us away – every player has to be looked at in that way when you’re an organization, you just have to, you’re doing a disservice if you don’t.”

Again, the restricted free agent market has been stuck in neutral. Unfortunately, this means general managers are taking care of other business as opposed to the bigger RFA’s. So, Sweeney is looking to sign Charlie McAvoy and Brendan Carlo first. Do not overreact to the Krug innuendo as it is just innuendo.

John Gibson of CBC News:  While a deal is not done yet, the framework gets closer as the sides are ready to present a proposal come Monday. While nothing is set in stone, because of multiple parties involved, the seeds are being sewn.

The public benefit issue is significant as the arena must stand on its own when it comes to profit. This arena proposal presents the future of Calgary and the Flames would be a big part of that.

NHL Tonight video with David Pagnotta:  There were some talks around the draft and even earlier in the month around Quick. Does it seem that no matter how much the Columbus Blue Jackets say Joonas Korpisalo is their guy – is he? This may be something that occurs during training camp if Columbus has any hesitation. Right now, they appear to be going forward with their plan.