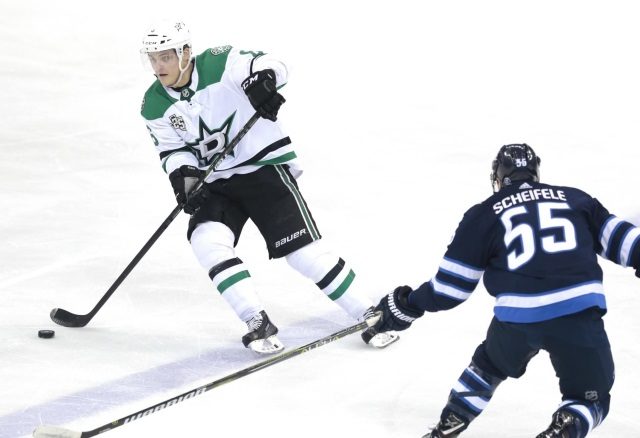 Shannon on Boeser and the Canucks

Sportsnet 650: John Shannon on Sportsnet 650 on Vancouver Canucks restricted free agent forward Brock Boeser: “Both sides are saying the right things. I fully expect he will be in camp with a new contract. Just don’t ask me how much because the Hayes signing was pretty nuts so anything can happen.”

Markov’s agent has spoken with the Canadiens

Andrew Zadarnowski: Sergei Isakov, Andrei Markov‘s agent, said that he’s spoken with the Montreal Canadiens: “I personally spoke with the main scout of “Montreal” and strongly recommended paying attention to Andrei, at least out of respect for him.”

Cap issues for the Rangers

Forward Chris Kreider could become a cap casualty. Kreider has a year left on his deal at a $4.625 million. Forward Vladislav Namestnikov at $4 million could be another player the Rangers consider moving.

A potential blue line target for the Jets

Scott Billeck of the Winnipeg Sun: The Winnipeg Jets lost defensemen Tyler Myers and Ben Chiarot to free agency and Jacob Trouba through trade, creating a bit of hole on their blue line. The Jets may be able to fill their departures internally.

If looking outside, one option that might interest the Jets is Dallas Stars right-handed defenseman Julius Honka. The former first-round pick hasn’t really panned out as the Stars had hoped.

The restricted free agent may not cost a lot more than his $874,000 qualifying offer. He could be a third pairing candidate and a change of scenery may be beneficial for him. The cost to acquire him shouldn’t be overly high.