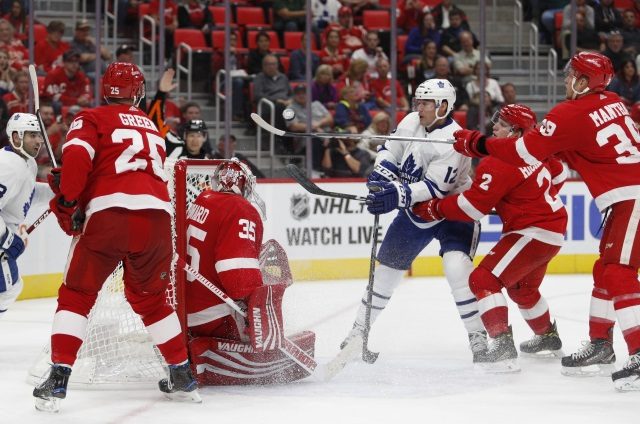 An offer sheet as the regular season approaches?

Adrian Dater: It shouldn’t be a big shock if there is an RFA offer sheet signing closer to the regular season.

During the offseason teams can go over the salary cap ceiling by 10 percent. This gets a lot tighter as the start of the season gets closer and RFAs know this.

Flames to look at trading for a defenseman

Pat Steinberg: After the news of the injury to Calgary Flames defenseman Juuso Valimaki, GM Brad Treliving said that they will look externally for help, as well as consider internal options.

Treliving said that Oliver Kylington is an internal option. They will see what the trade market is like.

Ansar Khan of MLive: Detroit Red Wings winger Anthony Mantha is entering the final season his deal that carries a $3.3 million salary cap hit. He’ll be a restricted free agent after the season.

Mantha missed some time with injuries last season and likely would have hit 30 goals and 60 points while playing with Dylan Larkin. He could be looking for a four or five year deal at over $5 million on his next contract.

Ansar Khan of MLive: The Red Wings expect Mike Green to be healthy to start the season. He has a year left a $5.375 million salary cap hit.

If the Red Wings are out of the playoff race at the trade deadline they will likely look to trade him for a draft pick.

Ansar Khan of MLive: Forward Andreas Athanasiou has a year left at $3 million. He’ll be an RFA after the season and could be looking for a long-term deal at over $5 million if he has a good season.