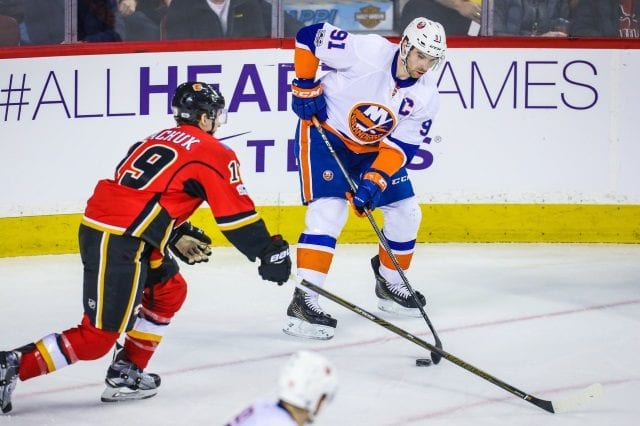 Sammi Silber of The Sporting News:  Tkachuk and his agent, Don Meehan, still negotiate with the Calgary Flames. It is simply what the agent and player want from the Flames.

” worked with the player to determine a position we thought should be fair in this market, and I think the market is changing. It’s an evolving market for RFAs, especially for players that are post-entry-level contracts,” Meehan said. “We decided that we would initiate the process with Calgary and we did it early and I think we’re happy that we did. Then, of course, we saw the free-agent offer sheet with Sebastian Aho, which was another confirmation for the market.”

Neither side wants a repeat of the William Nylander negotiations where it took until December for an agreement. Again, Tkachuk is just a pawn until someone sets the market.

Chris Johnston of Sportsnet.ca:  The why of the Sebastian Aho was at least answered on Monday.

“There was not a lot of time to think about it,” said Aho. “A day. A day. It happened really fast. It was really important to start the season on time, to me. That helped to get there.

“It felt like the right thing to do at the moment.”

Quickly, Tom Dundon informed Aho the offer sheet would be matched. It took a couple of days but ultimately, Carolina would match the Aho offer sheet. This left Montreal out in the cold at least a little.

The 22-year-old forward did not have to wait as the other free agents have. His contract is now signed and he is free to simply play.

A few quick signings in the league…

Arthur Staple:  The New York Islanders signed Michael Dal-Colle to a two-year deal while Joshua Ho-Sang agreed to a one-year pact. Dal Colle’s contract remains a one-way. Dal Colle gets $700K AAV while Ho-Sang gets $874,000 if he sticks in the NHL and only $70,000 if Ho-Sang is in the minors.

CapFriendly:  The Colorado Avalanche signed Valeri Nichushkin to a one-year deal. He gets paid $850,000 for one season.

The #GoAvsGo sign 24 y/o RW Val Nichushkin to 1 yr $850K contract per @ryan_s_clark. Will be RFA after year. Bought out by #GoStars.