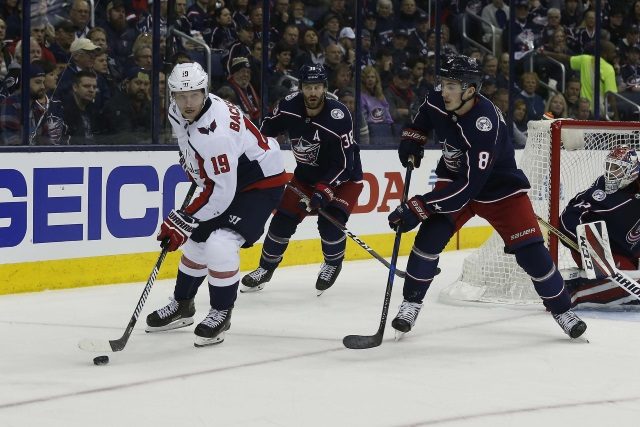 There currently isn’t any urgency to get a contract done, but that could change when September starts.

The Blue Jackets are expected to talk with Werenski’s agent Pat Brisson soon.

Aaron Portzline: As mentioned before, a three-year contract for Werenski seems likely and has been discussed. They’ve also spoken about longer-term deals.

A four-year deal won’t happen as it would take him to the start of UFA status.

Laine out of favor in Winnipeg?

@Prospects_Watch: Jeff Marek said on Sportsnet 590 that the Winnipeg Jets leadership group runs a tight ship and drives them hard. If players don’t keep up they can fall out of favor. There are some around the NHL who think that RFA forward Patrik Laine has fallen out of favor there.

Capitals to talk extensions soon with Backstrom and Holtby

Tom Gulitti of NHL.com: The Washington Capitals will begin preliminary contract extension talks with forward Nicklas Backstrom and goaltender Braden Holtby. Both are entering the final year of their contracts.

“That’s coming up here,” MacLellan said. “I’ve checked in with both. It might happen the beginning of September, depending on the timing of me getting back. But it will happen right away (after he returns). … We’ve got to talk and give both players what we’re thinking, get their feelings on the situation and play it out from there.”

It’s possible that GM Brian MacLellan has one signed to an extension before the start of the season.

Backstrom said last week that he’s in no rush.

“Washington is all I know, and it’s been great all these years, so I would love to stick around for a couple more years,” he said. “I’m hopeful about it, but we’ll see. It’s out of my hands, so when the time comes we’ll sit down and talk.”