Leon Draisaitl offers his condolences to defencemen on the other six Canadian teams forced to contend with the foot speed of Connor McDavid this shortened NHL season.

“It’s so hard to defend,” Draisaitl says of the Edmonton Oilers captain’s burst up ice. “I wouldn’t want to be that guy standing at the blue-line with him coming 1,000 miles an hour at me. He just has that gift that no one else has.”

Whether it be in practice or in games, Draisaitl and the Oilers routinely witness the magic of McDavid’s gifts.

At six-foot-three, 193 pounds, McDavid skates fast enough to garner speeding tickets in school zones. His drive to the net is relentless. His playmaking abilities sublime.

At age 24, the Richmond Hill, Ont., native is determined improve his game this season, if that’s even possible for a player with 164 goals and 474 points in his first 354 NHL appearances.

On the eve of training camp, McDavid told reporters that his team must do a better job of keeping the puck out of the Edmonton net.

“No one’s hiding their head in the sand here,” he said at the time. “Everyone understands where we’re at.”

And he plans to lead by example in that regard.

“Offensively, I think I check off most of the boxes,” he said. “Defensively is where it’s at. It’s the little things: stopping on pucks, winning battles, hounding pucks on the forecheck. Getting involved in battles and winning faceoffs.

“It’s just rounding out that game and being solid all over the ice.”

Due to the COVID-19 pandemic, Canada’s seven NHL teams are playing only one another during the 56-game campaign.

As such, Canadian hockey fans are in for a treat with McDavid on their tablets, smartphones, and televisions all season long — with many of his games in primetime for those in Ontario, Quebec, and the Maritimes.

“We’re all a little bit more careful against McDavid,” said Montreal centre Phillip Danault. “We all know the speed he’s got, his quick hands, quick edges.

“I don’t know how he changes directions like that, but that’s one of his strengths.”

McDavid’s many strengths took over the game last Thursday in a 5-2 victory for the Edmonton Oilers over the Vancouver Canucks. The captain dominated with a hat trick and four points.

“He was exceptional,” said Vancouver Canucks head coach Travis Green. “One of the best players in the world.”

With a game plan designed to minimize the damage inflicted by No. 97, the Canadiens limited McDavid to a lone assist Saturday night and, not coincidentally, beat the Oilers 5-1. 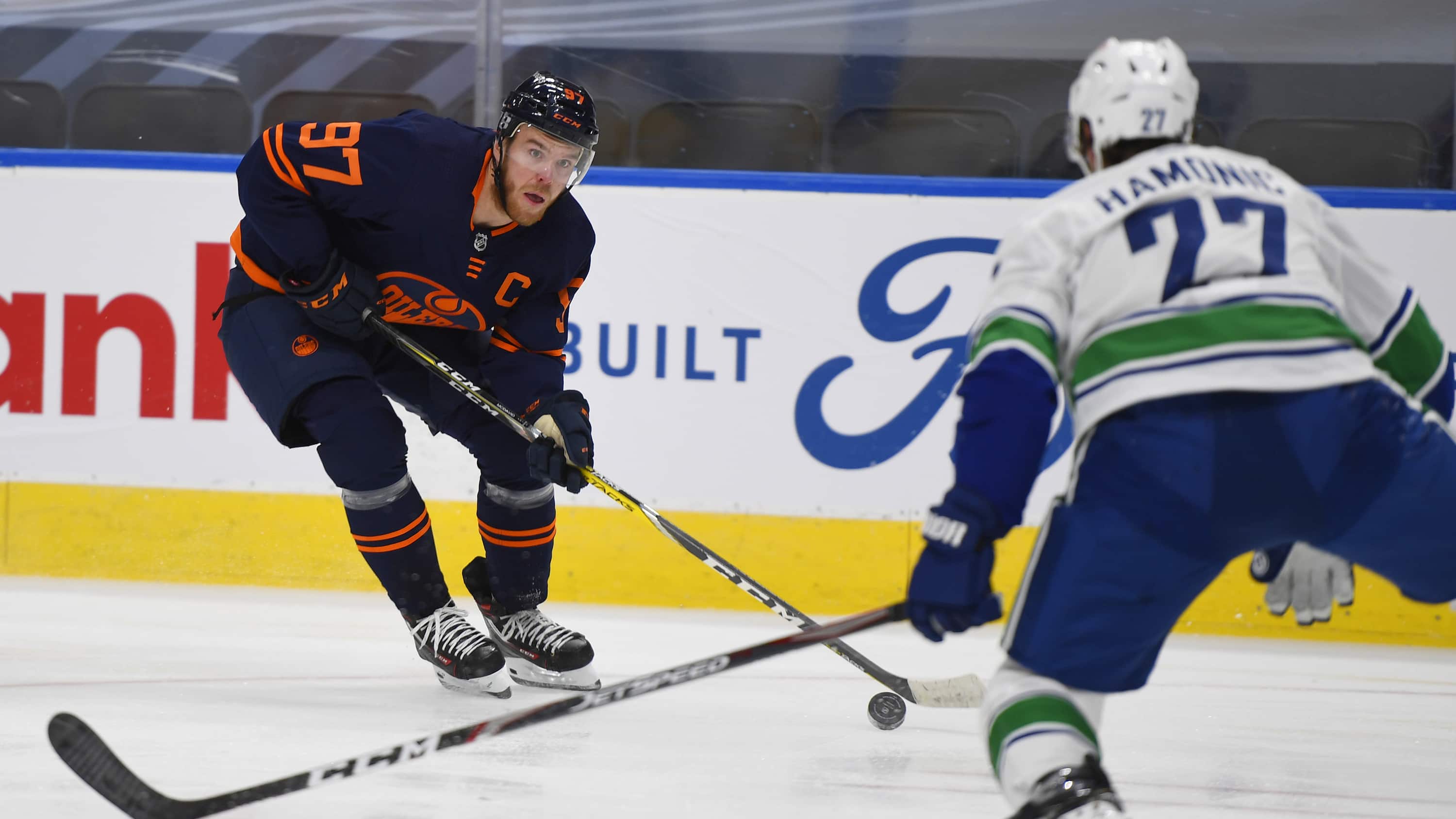 With the Canadiens up 1-0 in the first period, McDavid stripped the puck from Montreal forward Tyler Toffoli and roared up the ice on a breakaway.

“He’s so talented, and with his speed and his hands and his vision, it’s a pleasure to share the ice with him.”

The question of who shares the ice with McDavid — on the home side — will no doubt dominate workday chats around the virtual water cooler this week in the Alberta capital.

On Saturday, McDavid’s linemate Zack Kassian missed the game due to the birth of his daughter Olivia. And the Canadiens were the more rested team.

Still, Edmonton’s depth looked shaky, especially in comparison to Montreal’s contributions from all four lines and the back end.

“They were definitely quicker than us,” McDavid said. “They got the jump on us early and Price was solid all over.

“Playing three games in three-and-half-days is a lot coming out the gate. But not making any excuses for ourselves. We have to be better. We have to win more battles.”

Rest assured; the captain will lead the charge.

2022 NHL awards: Finalists and winners for Hart, Norris, Vezina, Calder trophies
Golden Knights Trying to Extend Contention Window with Cassidy Hiring
Islanders Must Reinvent Themselves Under Lambert
Hockey Night in Canada: Avalanche vs. Lightning, Game 3
Oilers Could Be a Target of Offer Sheets This Offseason