Between a condensed NWHL season played on ice steeped in hockey lore and an opening match-up lingering with unfinished business, the scene is set for a spellbinding 2021 Isobel Cup.

The road to the final starts Jan. 23 when the league’s six teams begin their 5-game season, leading to a playoff round that determines the four semifinal teams, who will battle for the cup from Feb. 4-5.

This all takes place at the Herb Brooks Arena in Lake Placid, N.Y. — the same rink that hosted the Miracle On Ice: a legendary collision that saw the underdog U.S. men’s team beat the mighty Soviet Union in a highly contentious game at the 1980 Olympics.

But the NWHL is looking to write its own chapter of history on this ice, and with all the unique elements of the tournament, that shouldn’t be difficult to pull off. 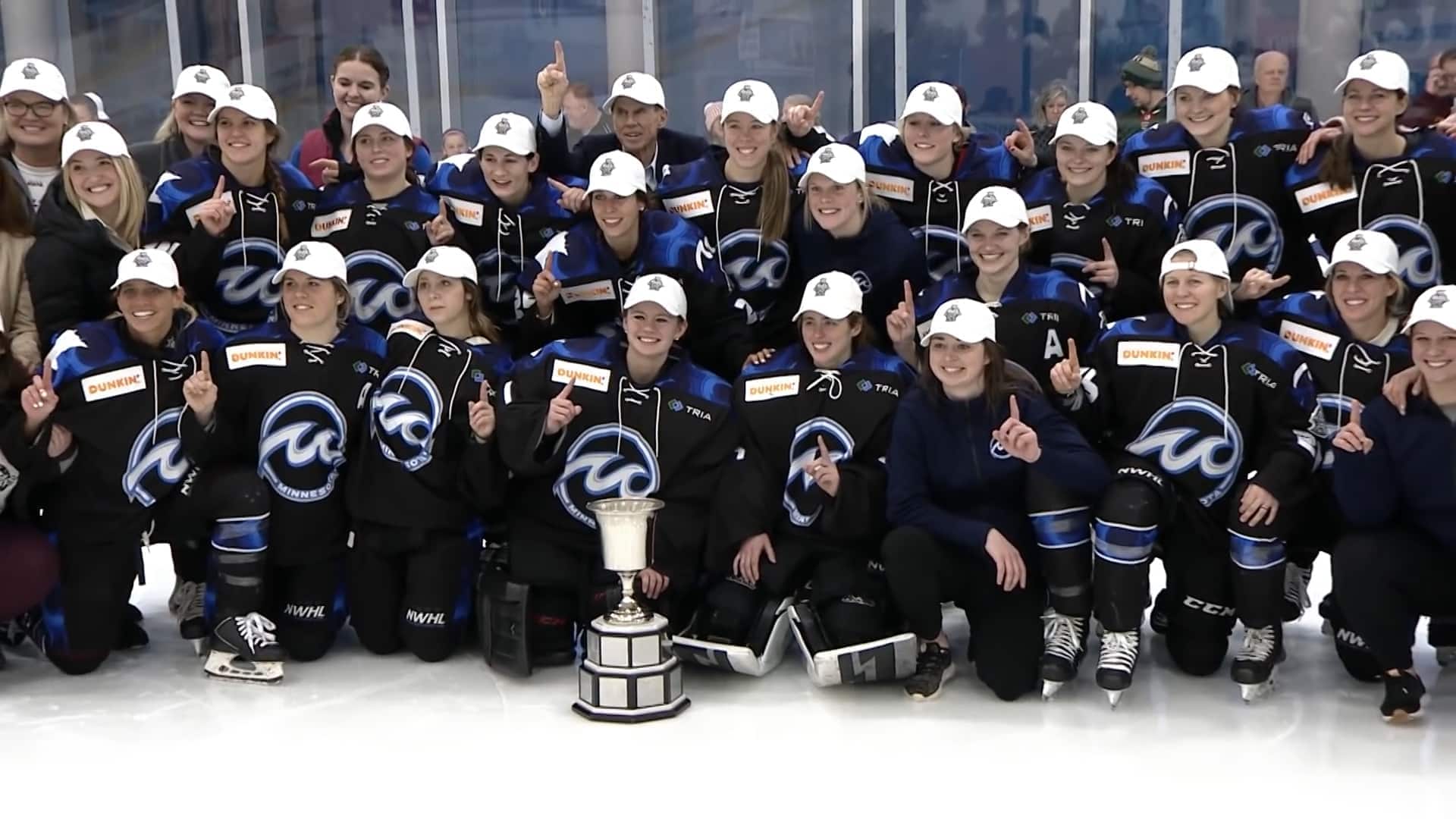 Rob Pizzo breaks down what will be a busy two-week period to crown an Isobel Cup champion. 1:34

The league will start things off with a rivalry of its own: the Boston Pride versus the Minnesota Whitecaps.

Anticipation for the match-up began last season when COVID-19 claimed the 2020 Isobel Cup just days before the teams were to play in the March 13 final.

Since no games have been played this season it’s hard to determine a front-runner in the tournament. But NWHL analyst and Florida Panthers sideline reporter Katie Gaus thinks play might pick up where it left off.

“It’ll be the championship that never got to happen kicking off this new season,” Gaus told CBC Sports.

“So we’ll probably get a very good sense right away from that game, between two teams both coming in with very strong returning rosters, who can be a major contender.”

The first day will also see the Connecticut Whale face the Buffalo Beauts, while the Metropolitan Riveters go up against the league’s newest team: the Toronto Six.

In April 2020, the league announced it was expanding to Canada after naming Toronto the home of its sixth team. Not an ideal year to start a new franchise but, led by head coach Digit Murphy, the Six is finally getting the chance to make its mark.

And, despite its inexperience, the expansion squad shouldn’t be discounted.

“This expansion might be new but they’re certainly not lacking in talent,” Gaus said, referring to players like forward Julie Allen who played five years for the CWHL’s Toronto Furies and team captain Shiann Darkangelo, a forward who played on the 2016 world championship-winning U.S. team.

last practice before heading to LP 👀 <a href=”https://t.co/vB59eTVLGO”>pic.twitter.com/vB59eTVLGO</a>

Plus, she points to the Whitecaps’ debut during the 2018-19 season.

“We saw it when Minnesota joined the league, they actually won it that year,” Gaus said. “So [there are] high expectations for a team joining the NWHL, sort of similar to when Vegas joined the NHL.

“You never know what to expect nowadays.”

To up the ante, teams who make it to the semis will be part of history.

NBC Sports is broadcasting the semifinals and final, making it the first time women’s professional hockey games will air live on a major American cable network.

This exposure is in addition to the league’s streaming deal with Twitch, which it signed a three-year deal with in 2019.

And like any women’s professional sports team, the NWHL has some unique storylines.

Players like Whitecaps captain Winnie Brodt-Brown, who at 42 years old is the oldest player in the league and may be starting her last professional season.

Or players like Beauts forward Brooke Stacey, an all-star who averaged over a point per game during the 2019-20 season. The forward had a baby this summer and wasn’t expected to bounce back in time for this season, but due to COVID-19 delays she gained her fitness in time to play.

Whitecaps forward Allie Thunstrom used to be a speed skater. She then found the NWHL and last year set the league record for goals in a season with 24.

“A lot of these women, when they graduated college, this league hadn’t started yet,” Gaus said. “So they had to do other things and some of them, like Allie for example who focused on speed skating, were able to come back to hockey.”

WATCH | The dangers of hockey arenas during COVID-19 era:

Air quality research and a growing understanding of how COVID-19 spreads are helping to explain why facing off in hockey arenas can be risky during the pandemic. 8:27

But other stories are a stark reminder of the realities of being a female pro hockey player.

For example, Buffalo Beaut captain, lead scorer and veteran Taylor Accuris (whose sister, Hunter, is also a Beauts forward) won’t play in Lake Placid because as an Ontario provincial police officer, she’s an essential worker and cannot take the time off to play.

“There’s just some really unique stories because, as we know, all these women in this league have full time jobs,” Gaus said. “Some are still working remotely while they’re [in the bubble] since games aren’t starting until the evening.”

With all the excitement around the tournament, it’s easy to forget it’s happening in a pandemic.

Like most other sporting events, the games will happen in a bubble without fans. But what makes this tournament different is in addition to nasal testing, the league teamed up with Yale to include saliva testing as well.

The league got the green light to use this unconventional method after receiving an “emergency use authorization” by the U.S. Food and Drug Administration.

Dual testing allows the league to be confident of players’ health with two results versus one, while the testing experience will provide data for further COVID-19 research.

This will also be the first time we’ve seen NWHL action since the league replaced its commissioner and founder Dani Rylan Kearney with Tyler Tumminia.

Amid a pandemic, the six-year-old league is set to take on a myriad of firsts while attempting to present entertaining hockey.

After all, not unlike the 1980 U.S. men’s team, the NWHL is no stranger to overcoming odds.