Morgan Reilly’s three assists helped the Toronto Maple Leafs to a 3-2 win over the host Calgary Flames on Sunday.

Wayne Simmonds scored his first goal as a Maple Leaf, Jake Muzzin earned his first of the season and Auston Matthews also scored for Toronto (5-2-0) in the afternoon matinee.

Mitch Marner assisted on a pair of Toronto goals and Jack Campbell stopped 31 of 33 shots for his second win in as many starts this season.

Sean Monahan and Elias Lindholm countered for the Flames (2-1-1), who were coming off a five-day break without a game. 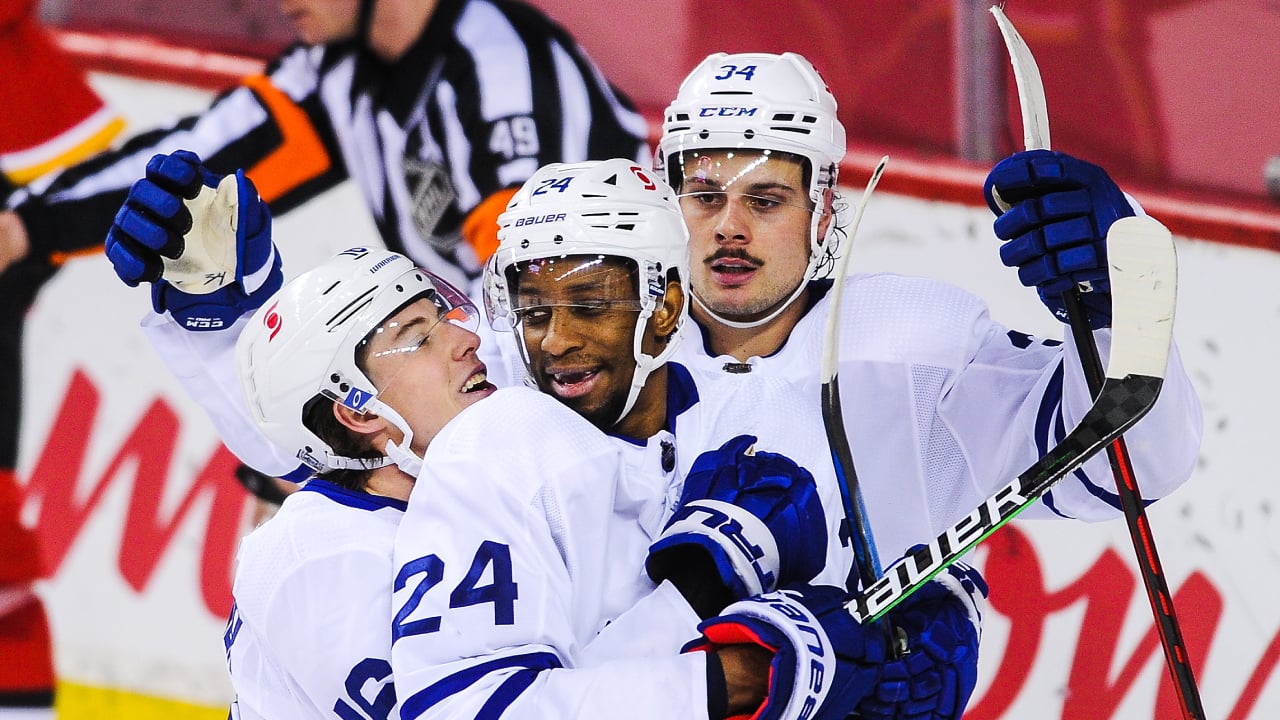 Auston Matthews potted his third goal of the season in Toronto’s 3-2 win over the Flames. 1:01

Jacob Markstrom turned away 29 of 32 shots in the loss.

Down 3-2, Calgary pulled Markstrom for an extra attacker with 1:49 remaining. The Flames also called a timeout with 37 seconds to play, but couldn’t produce the equalizer.