Megan Quinn scored the go-ahead goal at 19:07 of the second period, and the Toronto Six downed the Buffalo Beauts 4-2 on short notice Wednesday in National Women’s Hockey League action.

Elaine Chuli made 23 saves for the expansion Six (2-1-1), who returned to the ice earlier than expected after their 2-1 win over the Boston Pride Tuesday — their first victory in franchise history.

The Six replaced the Metropolitan Riveters against Buffalo Wednesday, with the NWHL saying the change was made in line with the league’s medical protocols prioritizing health and safety.

Toronto also got goals from Brooke Boquist, Taylor Woods and Emily Fluke, who secured the win with an empty netter. 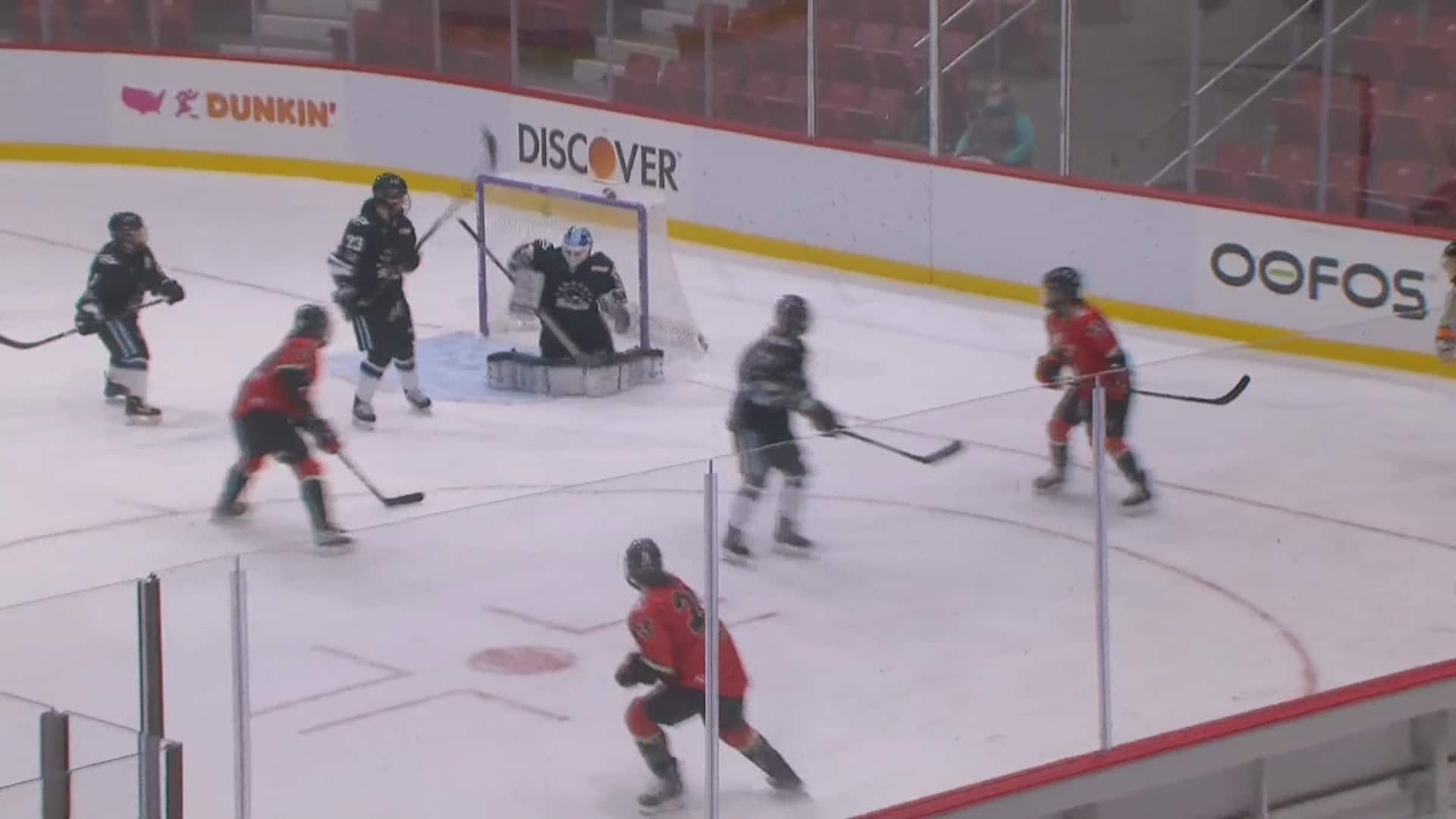 Autumn MacDougall struck twice in the opening period for the Beauts (0-2-1), while Carly Jackson stopped 45-of-48 shots.

The NWHL is playing in a quarantined environment in Lake Placid, N.Y.

Each of the six teams were scheduled to play five games in eight days followed by the playoffs, with the semifinals and final airing on NBCSN. The semifinals are Feb. 4 and championship game is Feb. 5.

The NWHL didn’t crown a 2020 Isobel Cup champion in its fifth season because of the pandemic.

The majority of the Six roster is Canadian NCAA Division 1 alumni with some who also played in the defunct Canadian Women’s Hockey League.

The Lightning strike back: Is Game 3 a turning point in the Stanley Cup Final?
Golden Knights Trying to Extend Contention Window with Cassidy Hiring
Oilers and Panthers Could Pull Off Blockbuster Goaltender Trade
One game at a time, Wolves stay focused on the moment
Lightning force a Game 6: What we learned as the series heads back to Tampa