Mason Appleton scored twice to lead the Winnipeg Jets to a 4-1 win over the Calgary Flames on Thursday night.

Winnipeg (7-3-1) earned a second straight win over Calgary (4-5-1). Appleton’s second goal of the game and third of the season into the empty net at 18:38 of the third cemented the Jets’ victory.

Kyle Connor and Mark Scheifele had the other goals for Winnipeg, which outscored Calgary 3-0 in the second to anchor the win. Jets goaltender Connor Hellebuyck stopped 23 shots for his club-record 153rd career victory.

The Jets won 3-2 on Tuesday after Calgary earned a 4-3 shootout victory Monday.

Andrew Mangiapane scored Calgary, who’ll face the Edmonton Oilers on Saturday before hosting Winnipeg on Tuesday night. The Jets are off until visiting the Flames. 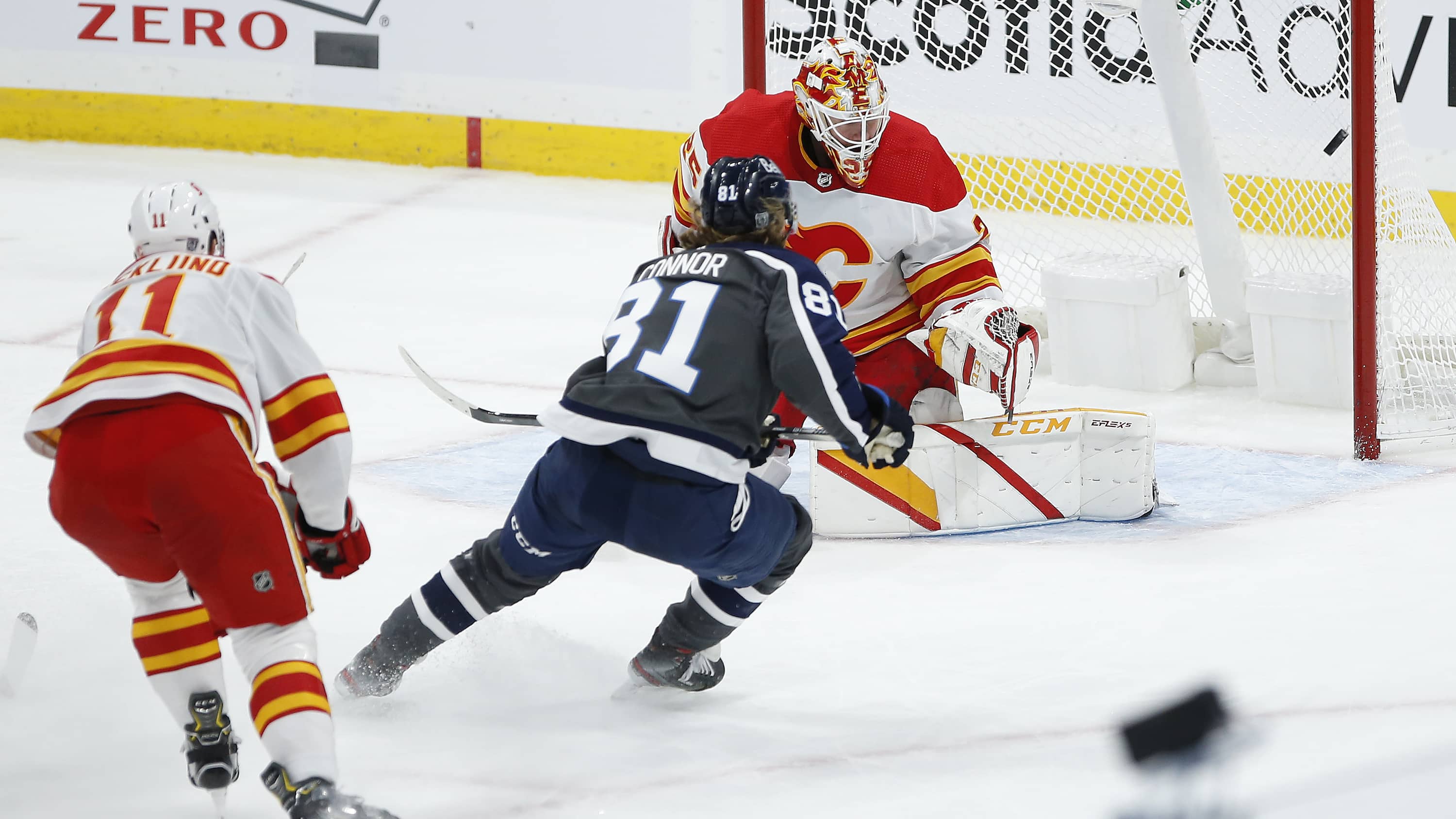 Flames forward Sam Bennett was a healthy scratch. On Saturday, his agent, Darren Ferris, said Bennett wants to be traded.

Bennett, who has played both centre and right-wing over his six NHL seasons, has one assist this year. Calgary selected Bennett fourth overall in the 2014 entry draft.

Mangiapane had the lone goal of the first period, tipping a shot from the point for his second of the season at 19:04. It marked just the second time in eight games that Calgary, which outshot Winnipeg 11-10, registered the first goal in a contest.

Appleton made it 1-1 at 3:31 of the second. Nikolaj Ehlers nearly put Winnipeg ahead at about the six-minute mark alone in front on a Calgary turnover but Flames goaltender Jacob Markstrom made the brilliant stop to keep it tied.

Connor put Winnipeg ahead 2-1, scoring his team-leading seventh of the season unassisted on a breakaway at 13:59. Scheifele made it 3-1 with his fifth with 51 seconds remaining in the frame.

Willie O’Ree broke the league’s colour barrier in 1958, and there have been a lot of firsts since then. Rob Pizzo walks you through 9 trailblazers for Black History Month. 1:52