The Buffalo Sabres have, once again, a slew of questions entering the new season. Near the top of that list is their goaltending situation. The franchise has young talent in the system, but as the rebuild continues, there’s now a need for the next generation to develop sooner rather than later.

Unfortunately, their emergence must coincide with other position battles and consistently dangerous top lines being solidified. For now, veteran buffers in net has to be the answer.

Though it didn’t dominate the NHL headlines, the Sabres had a complete overhaul in the crease during the offseason. Last year’s starter, Linus Ullmark, took his talents to the Boston Bruins after a solid 2020-21 campaign. He did suffer a late-season lower-body injury that sidelined him the final month of the year, but the 27-year-old posted a 9-6-3 record with a 2.63 goals-against average (GAA) and a .917 save-percentage (SV%) heading into free agency. During his six seasons with Buffalo, he played in 117 games and posted career averages of 2.78 GAA and .912 SV%. 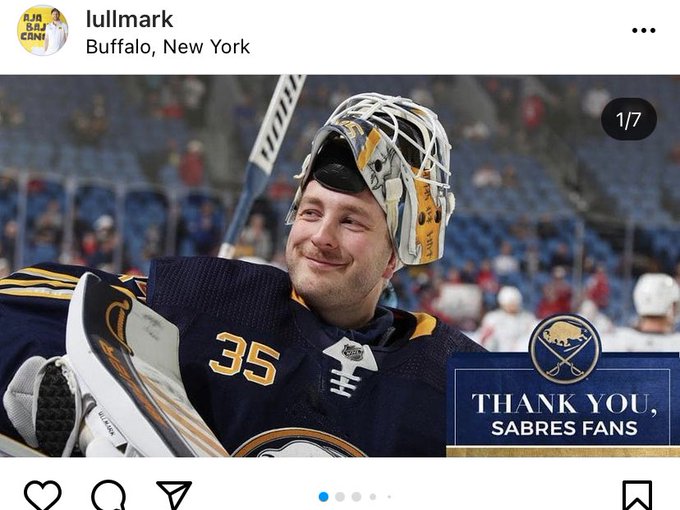 In addition to Ullmark’s departure, Carter Hutton left Buffalo. Hutton’s time with the Sabres was sub-par at best, averaging a 3.22 GAA and a .897 SV% in 142 games during his three-year stint. The move was expected, but it still left a hole. The youth isn’t quite NHL-ready, so the Sabres signed two veterans over the summer.

Who’s Between the Pipes to Start

Aaron Dell, 32, signed a one-year, $750,000 contract on July 28, and so did 40-year-old Craig Anderson. Both Dell and Anderson are obviously not long-term answers, but they can serve as transitional netminders to give the younger goalies time to find form. They have one year to do so.

Dell is the projected starter for Buffalo as of right now. Last year was dismal for the goalie while manning the crease for the New Jersey Devils. He finished with a record of 1-5-0 with a 4.14 GAA and a .857 SV%. He has fared decently during his five-year NHL tenure, mostly serving in a relief role for the San Jose Sharks. He has a 2.83 GAA and a .906 SV% for his career.

Dell’s numbers, however, must be looked at situationally. In San Jose, he had quality blueliners in front of him. Last year in New Jersey, that wasn’t the case. The Devils ranked 28th in the league in goals given up per game (3.38). Buffalo ranked 29th. This doesn’t bode well for him or the Sabres.

With that in mind, it wouldn’t be a surprise if Anderson sees more time than he did with the Washington Capitals last year. The veteran only appeared in four games and posted a line of 2.13 GAA and .913 SV%. Again, it was situational considering he was an emergency option behind two talented young goaltenders. Anderson has played in 652 NHL games over 20 years with 2.84 GAA and .913 SV% career averages. To put his age in perspective, he made his NHL debut two years before Buffalo’s last conference final appearance.

Unfortunately for the Sabres, both goalies may not even be short-term solutions.

Dustin Tokarski is a name to pay attention to in 2021-22. The 31-year-old doesn’t have mind-blowing numbers in any regard, but he could definitely see more action than the 13 games he played in last season, especially if Dell struggles early. However, he’s also not a long-term answer, and it’s about time Buffalo had one.

All eyes are on Finnish goalie Ukko-Pekka Luukkonen. The 22-year-old has spent the last two seasons in the American Hockey League (AHL) playing for the Rochester Americans. In his 25 AHL games, including one appearance in 2018-19, he has a 3.35 GAA and a .886 SV%.

Last season, Luukkonen made his debut in the NHL on April 23. In four games, he went 1-3-0 with a line of 3.88 GAA and .906 SV%. His ability and ceiling are more important than his numbers, however. The goalie can move quick and smoothly in the crease and covers the low net well. He’s set to be a restricted free agent at the end of the season. Tokarski is an unrestricted free agent next summer, so a new contract depends on his performance if given the opportunity, this year. Buffalo has the luxury to look deeper into the system to find the future, though.

Devon Levi came to Buffalo in the trade that sent Sam Reinhart to the Florida Panthers on July 24. Levi, 19, shined for Canada East at the World Junior A challenge in 2019. During his six games played en route to the silver medal, he posted numbers of 2.86 GAA and a .917 SV%. Also, Levi appeared in seven games for Canada in the 2020 IIHF World Junior Championship and averaged an outstanding 0.75 GAA and .964 SV% line. 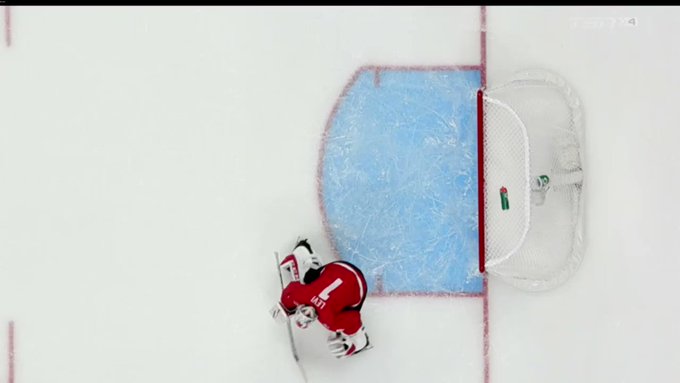 The netminder is fast, tremendously agile, can track the puck exceptionally, and is already forming a portfolio of highlight-reel saves. Sabres fans won’t see him at the NHL level this season, but his abilities and his promise are sure to create excitement. Two silver medals in two major tournaments during the early stages of his career is also something to keep in mind. He’s already showing a lot of composure.

The Sabres are in a tough spot when it comes to their goalie situation. They don’t want to rush the talent they have in the system if they aren’t completely ready to sustain an NHL workload, but they also may not have much of a choice. Dell will struggle without a solid blue line in front of him, and Anderson’s stamina is in question. Tokarski will end up seeing more action, but it will still all be part of the transition.

Luukkonen will make more appearances this season which will help his development. It’s strange to look beyond this year already, but after Ullmark went to Boston, it forced the Sabres to regress it appears. Expect Tokorski to do enough to earn a short contract next summer, but management may consider a bridge deal for Luukkonen as they watch Levi quickly develop.

Patience is one of the best virtues Buffalo fans possess. The city has great loyalty and support from their fanbase, but the rebuild has gone on for long enough. The franchise hasn’t had a non-losing season since 2012-13. With two young talents in goal waiting, perhaps the Sabres are finally on the tail-end of this rebuild.

Carl Knauf is an author and master journalist (so the degree says). He specializes in sports–primarily hockey–music, and the publishing industry. His sports writing has been featured on The Hockey Writers, Last Word On Sports, and local newspapers in his home state of New Mexico. Carl covers the Washington Capitals with accurate reporting and detailed analysis to help readers answer basic and burning questions such as, “Why did the Capitals not win the Stanley Cup (again)?” and, “What to expect from the Capitals this season (except another Stanley Cup…again)?”

Carl greatly enjoys interacting with his audience (except trolls who he refuses to embarrass with a response). Please use the comment section at the bottom of every THW article, and also feel free to chat with and follow him on Twitter and Facebook. For interview and feature requests, please visit his Muck Rack profile.